Mutual respect the key to long-term in Tanzania

Godfrey Mbelwa is Anglican bishop of the Diocese of Lweru in Tanzania. Here he speaks to CMS missionary Judith Calf of the long-term relationship between CMS and the Church in Tanzania.   I first met Godfrey Mbelwa in 1998, when I was at St Andrew’s Hall , where he had just arrived to commence his theological studies in Melbourne. Little could I imagine that more than 20 years later I would have the privilege of serving in […]

CMS missionary Judith Calf served in Tanzania for many years, returned to Australia and is now back in Tanzania. Judith reflects on the daily challenges of serving in mission with humility, and how she seeks to follow the example of Jesus.  When I was asked to write about humility in mission, my first thought was ‘I am not comfortable with doing that!’ Writing about how I live out humility in my life and ministry […]

CMS missionary Judith Calf first began serving in Tanzania last century in 1998. She came back to Australia in 2009, but has now returned to Tanzania for another term of service. Here, she explains why she returned and why long-term mission matters. In 2016 I was contemplating a return to missionary status with CMS. A […]

A Fresh Perspective: Missionaries who return to the field

After years of previous service with CMS in East Africa and Kenya, Norm and Janelle Gorrie, and Judith Calf are returning to Africa ­– to reconnect with people they love, renew partnerships in the gospel, and continue the work of teaching and growing disciples

CMS and pastoral care: What is a Mission Personnel Secretary? 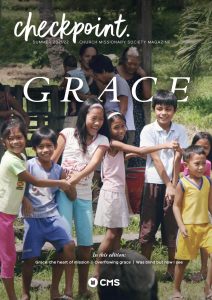