In April 2017, Peter and Sarah Sholl were visited by a team from one of their supporting churches in Australia, Jannali Anglican Church. The team came to partner with the Sholls in a 2.5-week mission trip aiming to train and encourage leaders in Mexico in reading and teaching the Bible faithfully. Cameron Hyslop, one of the team members and youth minister at Jannali Anglican, writes about the mission trip with an introduction by Sarah. 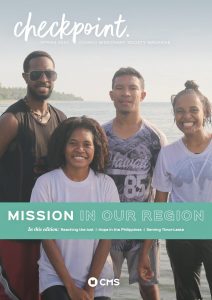 Mission in our region