CMS Tasmania State Director Scott Sargent wants individuals in churches everywhere to have confidence in the role they play in God’s mission. Here, he gives biblical foundation to the CMS vision to engage churches in cross-cultural mission. I’ve spent time in uniform: first as a Tasmanian police officer, then as an army reserve officer—a chaplain. […]

Coping with difficulty is an inevitable part of life for every Christian – and missionaries are no exception. CMS missionaries reflect on some of the difficulties they have faced – both personally and in ministry – and what they have learned about persevering. 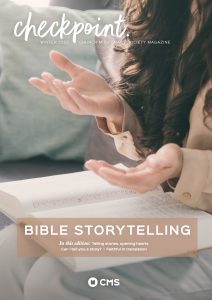