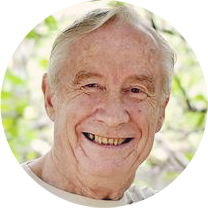 David Claydon, a former Federal Secretary of CMS, went to be with the Lord at the end of July 2022. Here is a message from Acting International Director Peter Sholl, to the CMS family, about David’s passing.

Last Thursday, 28th July, former CMS Australia Federal Secretary David Claydon passed into the glorious presence of Jesus after a long period of illness. Having grown up in the Middle East and surviving by the clear providence of God, David served in various cross-cultural contexts, including many years leading the work of Scripture Union in the East-Asia Pacific Region (ANZEA). He was appointed as the Federal Secretary of CMS Australia in 1988 and was active in this role—promoting mission, recruiting and supporting missionaries, and growing mission networks throughout the world. He was particularly active in developing a CMS ‘Vision for the Nineties’ which resulted in a new focus on unreached people groups. One result of this new vision was the increase in the number of countries in which CMS missionaries served, from 15 in 1988 to 24 in 2001.

David also championed the training of leaders of local churches through scholarships and support. His interest in outreach to Muslims remained a personal passion.

He was an active supporter of publishing, including the commissioning of We Wish We’d Done More by Dr John Harris (examining the ministry of CMS in Arnhem Land) and Celebrate! 200 Years of Taking the Gospel to the World as part of the CMS bicentenary. He also authored Only Connect: Sharing the gospel across cultural boundaries.

David concluded his service as CMS Federal Secretary in February 2002.

[Editor’s note: David Claydon’s Thanksgiving service will be held at St Andrew’s Cathedral, Sydney at 10am on Monday 15th August.]

Please uphold wife Robyn, children Kim and David, and the extended Claydon family in your prayers.