Stories in the sand

CMS missionaries Joel and Tiff Atwood have worked in Vanuatu alongside university students for the last five years. They’ve observed that even university students often prefer to learn by hearing and speaking, rather than by reading. Read on for Joel’s explanation of how storytelling can play a role in effective communication.

How do we communicate the great truths of the gospel? In Western cultures we naturally read texts (books, articles, and the like) and use them to communicate information. This includes our reading and understanding of the Bible itself.

Many Ni-Vanuatu communities, however, rely on non-written ways to impart and understand knowledge. Tiff and I work mainly in universities. But even there, we’ve found that putting a slab of text from the Bible in front of students and asking them to analyse it can be hard work. It may even discourage already study-weary young people! But we still want people to feed on Scripture, to grow in their capacity to reflect on it, and to share it with others. So, we’ve been playing with three ways to use Bible storytelling in our campus ministry.

The most common way we use storytelling is as the initial way of engaging people with the Bible. Before we bring out written passages, we first story-tell and discuss the passage in Bislama, the national creole*. Written texts are also provided. Students can write or ask questions about the printed passage, and have something to compare with the ‘told’ Bislama version they’re hearing. Others, not so comfortable with written material, are still engaging with God’s word through story. By providing both story and script (the Bible passage) we’re seeking to help everyone. The aim is to encourage all to respond to the Scriptures together, whether as a spoken story or as text.

The second way we’ve used Bible storytelling is in evangelism. At Easter, because of cultural expectations, we see students in church who we never see at any other time. We typically choose one of the four gospels to follow through the Easter story. A few years ago, we replaced our Good Friday sermon with a series of spoken stories of the arrest, trial, and death of Christ. The idea was to immerse people in the story of the cross, focusing their attention on Jesus as proclaimed by the Bible. We’ve found these Good Friday services enriching for the students presenting as they internalise the narrative. The services are moving for all as we hear familiar stories in a new way, and they are evangelistically fruitful.

Telling stories on the ground

The third example is a recent successful experiment. Vanuatu has a sophisticated tradition of bwatiuli: making patterns on the ground with the finger (often in sand or other natural elements) to leave messages, pass on information, or tell stories. So, in 2021, we spent a semester reading six stories from Mark’s gospel with classmates and friends, and with the help of local expert, ‘Uncle Edgar’, we developed four new bwatiuli patterns that reflected four themes in these key gospel stories: sin, forgiveness, reconciliation and rule. Uncle Edgar presented the four patterns via a story he’d composed (including music on his bamboo pipe) of a relationship breaking down and being restored. As far as Uncle Edgar knows, it’s the first time bwatiuli has been coupled with the presentation of the gospel, and he wants to bring it to his church next! 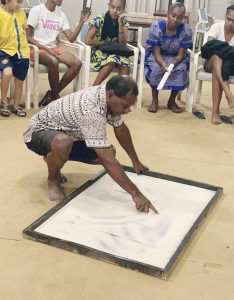 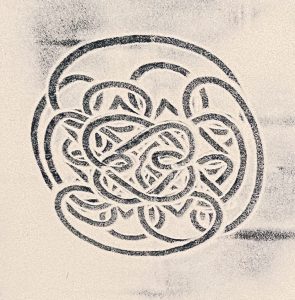 The gospel is for all people, including many whose preferred way of communicating and learning is through hearing and speaking. Bible storytelling opens old (yet new) ways of meeting Jesus in his word.

Do you have skills in Bible storytelling or a passion to learn? Speak to your local CMS branch about where and how you might use those gifts.