A community of grace in Rome: Checkpoint Spring 2021 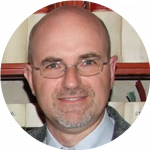 Leonardo De Chirico was due to be one of the speakers at CMS Summer Conferences throughout Australia in 2022. He will now be speaking in 2023. He is the pastor of Breccia di Roma, a church that he helped plant in Rome in 2009. Here he speaks of gospel ministry and opportunity in that city.

Church planting in Rome encounters lots of cultural and religious barriers: non-Catholics are often perceived as sects, awkward people, foreigners, or new religious movements. Then there are the spiritual and theological roadblocks. Many words that are used are the same (e.g. grace, cross, gospel, salvation), but they mean different things to different people, and their meanings must be addressed.

The ordinary Roman is struck by the personal element of the gospel. Their religion is mainly a set of practices and traditions, not something that involves their whole
life. Roman Catholic practice is based more on folk Catholicism (e.g. devotions and processions) than on biblical Christianity—in Italy Bible reading was prohibited for centuries. People think they are ‘Christian’ because they were baptised as infants and are part of a ‘Christian’ culture. But there is little sense of personal engagement as far as the gospel is concerned.

There is also much cynicism, as in the rest of Europe, about religion in general. The cultural climate is sceptical and so opportunities exist to introduce the gospel based on the virtuous circle of evangelical truth, evangelical community, and evangelical culture. Church planting is key to this goal because it joins many elements: believing and belonging; proclamation and service; the personal and the communal; creative contextualisation and obedience to the Word of God.

The evangelical population of Rome (and Italy) is 1% of the whole. There are at least fifty evangelical churches in the city. But most of them are small congregations made of faithful believers with few resources, in survival mode.

What makes our church (Breccia di Roma) distinct is that it is confessional (holding to the 1689 London Confession of Faith and belonging to a reformed Baptist association of churches), urban (aiming at impacting the cultural, political, media, and academic institutions of the city) and missional (trying to live to the glory of God in all vocations and initiatives). Unlike cults, we cherish church history and claim to belong to the catholic (not necessarily Roman Catholic!) church. Unlike cults, the gospel we believe is for the whole of life. Unlike cults, we encourage constructive and critical cultural engagement. Thankfully, there are a growing number of churches like that. In 2018 we planted a daughter church in San Paolo in the southern part of the city. 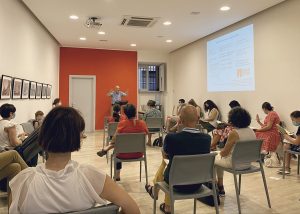 In 2016 the church purchased a fantastic property in the heart of Rome. The space is next to historic sites (Colosseum), institutional buildings (Presidential Palace),
financial institutions (Bank of Italy) and academic centres. Two main Catholic universities are next to us, the Gregorian and the Angelicum, with thousands of students from among whom the future bishops and popes of the Catholic Church will come. We want to be a gospel community right at the heart of it. Apart from hosting the activities of the church, the property also functions as a theological study centre. With Istituo di Formazione Evangelica e Documentazione (a reformed theological institute) we are providing theological training to many students: 130 students are enrolled in a 5-year, non-residential course. We also function as a learning community of the Union School of Theology, thus offering solid theological training for students who are fluent in the English language.

In Rome we act as an outpost of evangelical theology next to the Jesuit and the Dominican universities which are located around the corner! The space is also used as a springboard for gospel work internationally. For example, the Reformanda Initiative was launched here in 2016: it aims at uniting and equipping evangelical leaders throughout the world to help them better understand Roman Catholic theology and practice in these confusing times. We want to educate the evangelical Church on how to better communicate the gospel in such contexts.

Looking back and looking ahead

On 20 September 1870, the Italian army breached the wall surrounding Rome near the ancient port known as Porta Pia. The ‘breach of Rome’ opened the door for Rome to become a pluralistic city whose residents (like the rest of Italy) could finally experience a religious liberty that previously did not exist under the rule of the Popes and the Roman Catholic Church. After 1870 the gospel of Jesus Christ, in the language of the people, began to be freely distributed within Rome.

On 20 September 2020, several evangelical churches gathered in the open near Piazza Venezia to celebrate the 150th anniversary of the ‘breach of Rome’. The celebration was a time of public worship filled with singing, preaching, and testifying about the good news of God’s grace—especially the forgiveness that is freely available to all who would repent of their sins and look to Jesus Christ alone for their salvation. The service concluded with prayers for the nation.

The church is also praying for ‘Breach 2030’, our 10-year vision for the church and the city. We are praying that God will enable us to plant three more churches in the city and to be an encouragement for other churches in other cities to plant faithful, organic and self-maintaining churches. Our desire is also to see more people being trained for gospel ministry and other vocations. From Rome our prayer is to have a local, national and global impact for the gospel.

Pray for the growth of the evangelical church in Rome, and for courage and clarity for Christians in Italy as they seek to bear witness to the gospel.