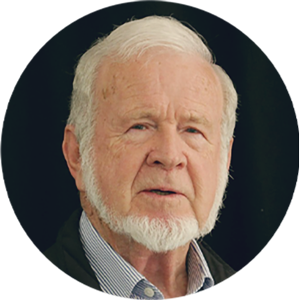 We give God glory for the life of his servant Tony Nichols, who died in Perth on 24 August, aged 81.  He and Judith went out with CMS to Salatiga, Indonesia 1972-81, training ministers at Wacana Christian University. God’s next appointment for him was as the third principal of Nungalinya College in Darwin.  He hadn’t expected to get that job, but one of the Aboriginal people on the selection committee had a dream which convinced the committee that Tony was the right man. He led that college from 1982 to 1987 and then became the Principal of St Andrew’s Hall.

In 1992 he accepted a new role as the Bishop of North West Australia.  Tony was active in the governance of CMS Australia, and was elected with acclaim to its Federal Council as a Vice President every year for as long as anyone can remember.  He was particularly concerned that CMS would not lose its focus on ministry to Aboriginals.

After ‘retirement’, Tony and Judith both taught at Trinity Theological College in Perth, and were involved also as part-time staff in the Anglican parish of Dalkeith.

Many remember Tony as a fearless evangelist, a wise and encouraging teacher, and an indefatigable worker in the service of the gospel. Peter Rodgers, CMS International Director, writes: “For me Tony embodied all that I love about CMS. A love for people from other cultures, a passion to see God’s church around the world grow and flourish, and a commitment to do all things well. I have not met a wiser man. I was privileged to have been mentored by Tony during my time at St Andrew’s Hall in 1991. Since then Tony journeyed with me as a friend and advisor. What I appreciated in Tony was a person unafraid to speak the Word of God when needed, someone who feared God and not man and someone who relentlessly pursued the glory of God above all else. He was a man of utter integrity, honesty and loyalty.”

Bishop Greg Anderson writes: “Thank God for Tony’s enormous contribution to the growth of God’s kingdom in so many ways, not least his commitment to the training of Aboriginal pastors in the Territory.”

Please pray for Judith, their children, children-in-law and grandchildren to be deeply aware of God’s presence and comfort as we rest in the hope of eternal life through Jesus.