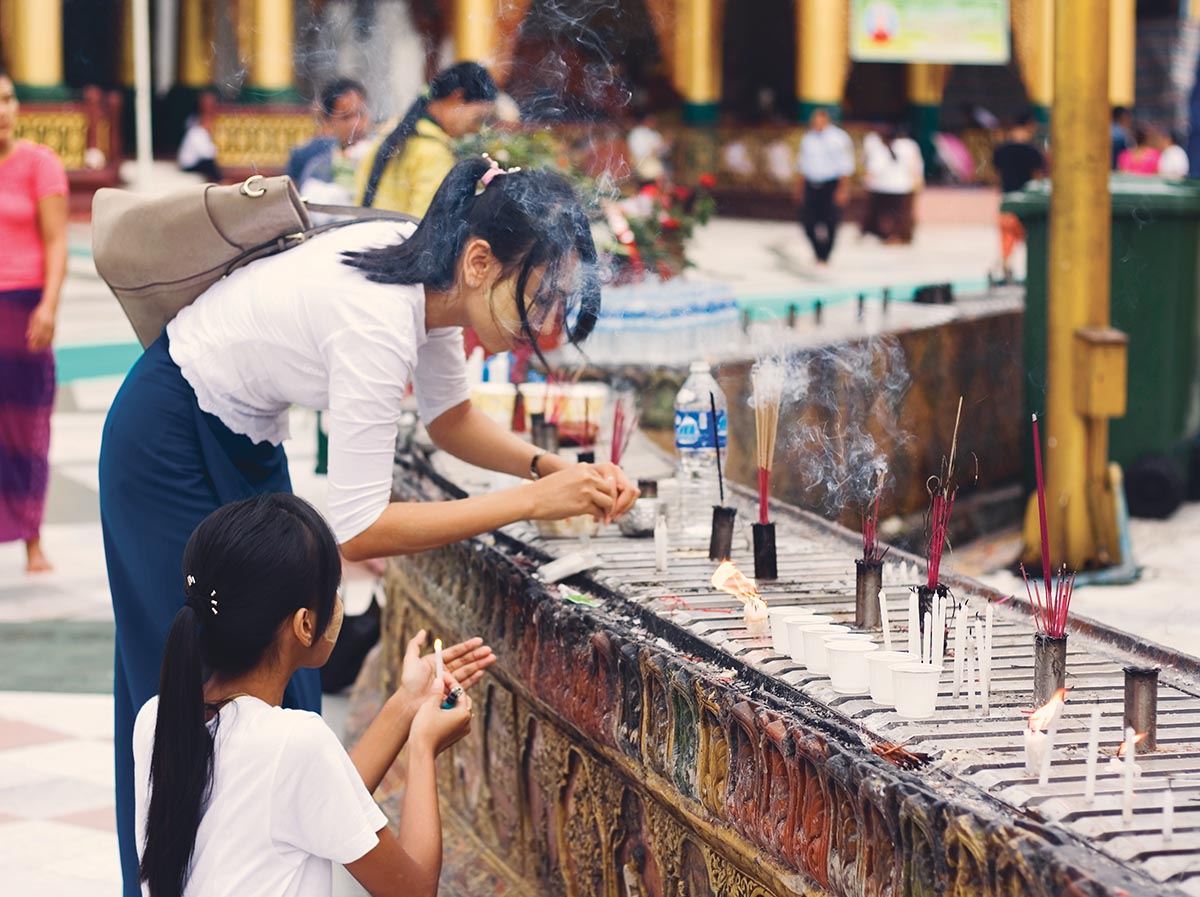 CMS worker T* (serving with J* in South East Asia) has come to a deeper understanding that persuading Buddhists of the truth of the gospel requires long-term commitment and perseverance. T reveals how trusting in a God who rules lends strength to their work and the mission of CMS.

During our first term in Buddhist South East Asia, we found ourselves fighting a battle with unbelief. If God’s word is powerful, why does the good news not seem to resonate with anyone we talk to? Is God really able to save?

It did not help our unbelief to consider the history of missions in this nation. After more than 200 years of mission efforts, among the majority Buddhist people group (who number 30 million), there are less than 0.1 per cent who identify as Christians.

We also wrestled with unbelief in our everyday conversations. As we shared stories about Jesus with our Buddhist friends and neighbours, we could almost physically see the shutters on people’s eyes roll down.

We found ourselves asking, “God, are you able to save this people?”

Truth is not the issue

Over time, we began to understand more of what was behind this lack of response. It is hard for us as Australians to grasp just how differently the average South East Asian Buddhist views reality. The biblical worldview is so foreign that it takes a lot of time to help people understand what we are actually communicating.

Here is where the problem lies: among many Buddhist people groups, there are commonly held assumptions that prevent people from giving the news of the Lord Jesus a good hearing. A comment from one of our Buddhist colleagues was very revealing. She said, “I’m interested in Jesus, but I’m from [the majority people group]. It’s my destiny to be Buddhist. Maybe if I’m reincarnated in a country like Australia, I could have the chance to follow Jesus.”

This comment shows how differently Buddhists understand truth. Whether the stories of Jesus are true doesn’t really enter into it. Instead, the issue that seems to prevent people from engaging with Jesus is the issue of identity. Our colleague’s identity as part of the majority people group is her most important way of understanding herself and the world. And in South East Asia, ethnic identity and religious identity are the same thing. To be from the majority ethnic group is to be Buddhist. Allegiance to your ethnic group and, more importantly, your family, is what matters most. In South East Asia, people usually do not reject Jesus because of theological reasons. Instead it is because of cultural or social forces that would disgrace one’s family. This issue of identity acts as a veil over the hearts of people, preventing them from hearing God’s word.

God must give sight

There is great need for work to be done to understand the Buddhist worldview so as to overcome beliefs that prevent people from hearing the gospel. Yet for all the work that is required to communicate effectively, we know at its core that it is a spiritual problem requiring a miraculous cure: God giving sight to the blind (2 Corinthians 4:3–6).

Isaiah 59:1 says, “Behold, the Lord’s hand is not shortened, that it cannot save, or his ear dull, that it cannot hear.” We continue to meet people from the majority Buddhist people group who testify to God’s miraculous intervention in bringing them from darkness to the light of Jesus Christ. Working with Buddhists has challenged our faith, but more than anything, it has driven us to pray to the God who alone can save!

T mentions some assumptions that stop Buddhists from seriously considering Christianity—what Tim Keller has called ‘defeater beliefs’. Read more about such obstacles and how to overcome them here.

The resistance to change of some cultures can be hard work for missionaries on the frontline. Find a missionary and email a word of encouragement to them today.