Bridge to life: Speaking the gospel in a Buddhist context 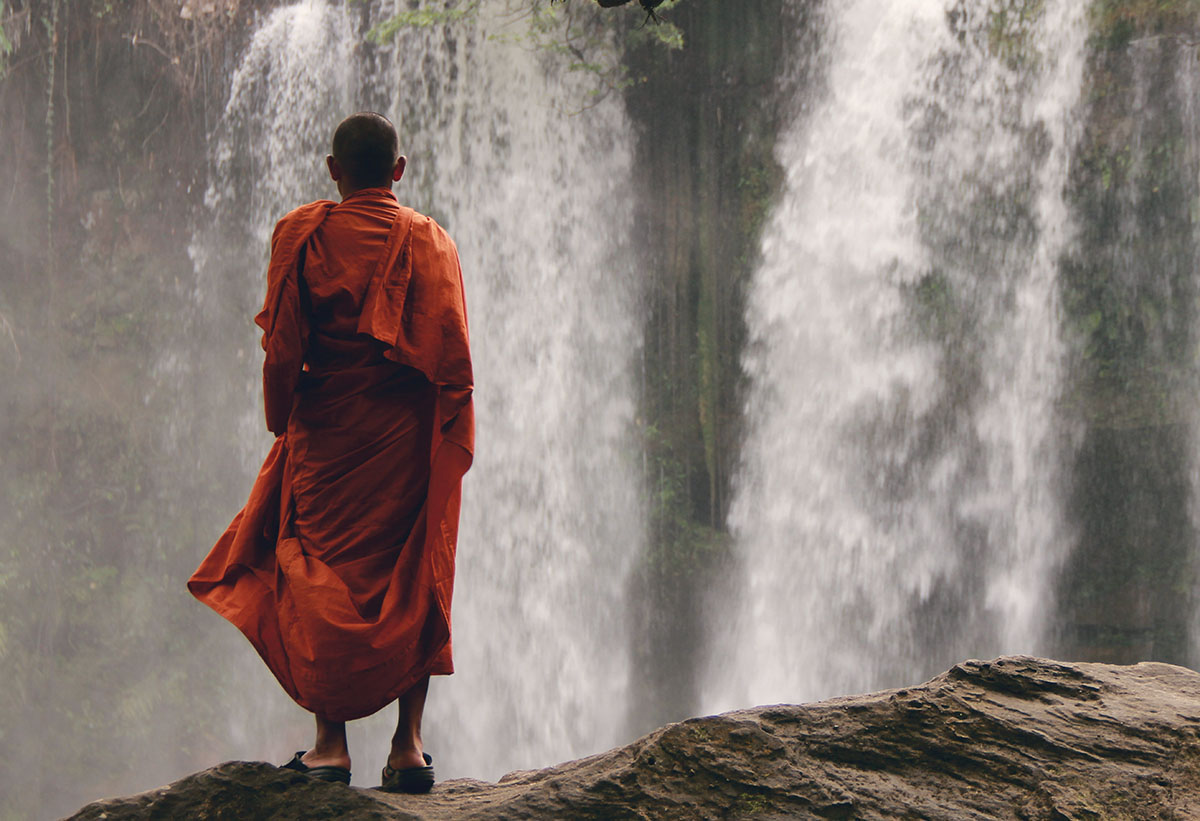 CMS keeps working on ways to meet the gospel challenge of Buddhism. We invited Peter Thein Nyunt, a Buddhist monk who became a Christian and now has a PhD in missiology, to speak at CMS Summer Conferences back in January 2018. Learn here about how he presents Buddhists with the message of Jesus, who can save from sin and suffering.

All nations need the salvation of Christ. As followers of Jesus, we are called to communicate the gospel by remaining faithful to Scripture and relevant to the cultural context we are addressing.

When speaking the gospel to Buddhists, it is important first to know what Buddhists are seeking. They seek liberation from the endless cycle of death, reincarnation and rebirth. Their ultimate goal is nirvana. To use a Christian word, the Buddhist looks for ‘salvation’ from this cycle. A well-known Buddhist monk, K. Sri Dhammananda, states, “Each and every person must make the effort to train and purify him or herself to attain his or her own salvation by following the guidance given by the Buddha. You yourself make the effort for your salvation.”[1]

Sin is a problem for all, and Buddhists too give recognition to sin’s power.

Sin, for the Christian, is to disobey God and fail to honour him as creator (Romans 1:21). Humans sin by trusting Satan’s lies (Genesis 3:1–7) and worshipping God’s creation rather than God (Romans 1:21–25). This great sin brings the punishment of death. No human is able to wash away that sin. That is why all people need salvation from sin.

For Buddhists, the concept of sin carries similarities. The Buddha explained clearly the difference between sin and virtue by noting that virtue cannot subtract from sin, no matter how many good deeds we do. So, whoever depends on their own virtue to save themselves from sin is depending on the wrong thing and is behaving in a manner that is contrary to Buddha’s teaching. It is impossible to wash sin away by good works and deeds of merit or non-theistic ethical disciplines. This is illustrated in this quote from a Buddhist in conversation with a Hindu Brahmin:

Even the body which is still in its mother’s womb cannot go to the gate of heaven… Man’s sins are so many, so heavy, heavier than the sky, thicker than the earth, higher than the great stone, filling all four corners to the thickness of a cubit. If the angel comes once a year and lightly wipes the stone one time, when the stone has been completely wiped away and disappears, then will the sin be gone.[2]

Note the seriousness of sin. It is “heavier than the sky, thicker than the earth”.

Buddhism and a Saviour

How then can we be saved from sin? According to a Buddhist view, salvation is gained by one’s own merit which is an ethical retribution through sila (morality), samadhi (concentration) and panna (wisdom). There is no principle of grace or forgiveness. Salvation is a single reality, an ongoing process (samsara). The Buddhist belief is that merits or demerits are accumulated in life according to the good or evil deeds that one does. No deity oversees this operation. Rather it is the net effect of this phenomenon that determines one’s karmic destiny and afterlife.

Alongside this, however, Buddhists believe that merit accumulation is not only something that can be done for oneself. Accumulation of merit can be extended to others, too—even the departed dead—through charitable acts. This transference of merit from the living to the dead catalyses the attainment of liberation or salvation (nirvana). We can use this ‘merit transference’ concept as a bridge to the meaning of the cross of Jesus, who gives his life so that we might live.

Because it is impossible to achieve salvation through our own good works (note the discussion of the seriousness of sin above), I would then introduce the message of Jesus to a Buddhist, to show how salvation from sin can be found in Christ.

Buddhist scripture includes an extraordinary prophecy that may be a useful tool in demonstrating the need for the saving work of Jesus:

You must give alms and search for another God that will come to save the world and will help you afterward. He was before me but will come after me. In the Saviour who will come to save the world, you will see puncture wounds like a wheel in the palms of his hands and the bottom of his feet. In his side, there is the mark of a stab wound and his forehead is full of scars. This God… will lead you… to nirvana.[3]

Note that the Buddha is teaching that sinners cannot help themselves to get rid of sin—because salvation is not from him, but from the one who will come after him: “the Saviour who will come to save the world”!

In this way, the Buddha himself has opened the possibility of a Saviour who bears the marks of suffering in his body. Christianity teaches that Jesus is that Saviour. Those who take refuge in him will not perish but will live (John 3:16, 5:24; 1 John 4:7). Jesus is the one who can liberate us from samsara, an endless cycle of birth, death, and reincarnation. Jesus is the liberator who stands independent of such a cycle (1 Timothy 1:15). He overcomes the law of karma by his holy life, death, resurrection and ascension, by his readiness to help us, and by his promise to return to earth in order to receive those who put their trust in him.

Could you bring news of our Saviour to a Buddhist country? Introduce yourself to some of the challenges by listening to Peter Thein Nyunt’s 2018 summer conference talk here.