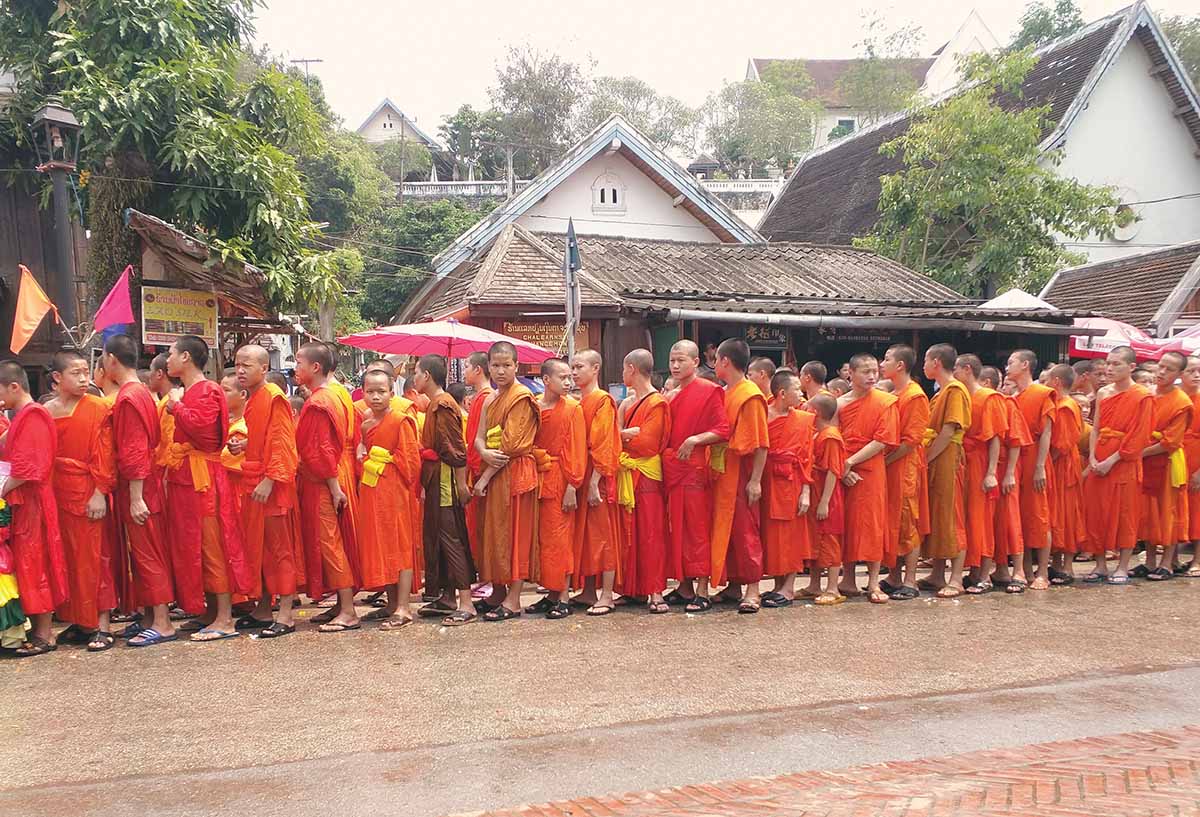 CMS NSW & ACT Mission Facilitator Josh Ling, a former Buddhist, is firmly convinced by his migrant experience that even those at home in Australia can offer the gospel to their Buddhist neighbours. With half a million Buddhists in Australia, his words are worth reading.

As a convert to Christianity, raised in a traditional Buddhist and Chinese family, I am surprised and a little amused by the growing popularity of Buddhism in Australia. From the outside, Buddhism may appear calm and gentle, with a strong claim to be a genuine ‘religion of peace’. But for those on the inside, there are many rules and restrictions, and no guarantees of peace at all. These rules bring a strict bondage. If you want to bring gospel hope to Buddhists in this country, consider then that in working out how to speak to your Buddhist neighbour here, there is both good news and bad news.

The good news (apart from the gospel itself!) is that you are well-qualified to speak. Australians share more in common with their Buddhist neighbours than they realise, including the challenge of keeping your sanity and humanity in a world driven by economics and excessive consumption. In this sense, we all suffer from the stress of modern living. The fact that a first-generation Buddhist migrant has the financial ability to live in your neighbourhood says something. They have worked hard and may be just as aspirational as you are.

The bad news is that, for a variety of historical, cultural and political reasons, migrants often suffer personally from a deep-seated distrust of others. Let me speak, for a moment, from my experience as an ex-Buddhist migrant. We migrants are sincere in our acceptance of your friendship and hospitality, but we have learnt from bitter experiences that there is no such thing as a free lunch. Some of us come from a past where we were exploited by outsiders and betrayed and hurt by institutions and our leaders. Our trust has to be earned.

That is why it is going to take time to trust you, especially when there are language barriers in the mix. Our polite public face is one thing, but it takes more to touch us on the inside. It is going to take time before we realise that it is God’s love that moves you towards genuine and self-sacrificial friendship, first from within God himself, and then flowing out from him to others through you. For the moment, all I see, speaking as a migrant, is your lifestyle and maybe your anxiety to fill your church. I wonder to myself if Christianity is just a lifestyle choice. But over time, the true gospel motivation will shine through.

My conversion to Christianity was not spectacular. It was a long journey marked by encounters with Christians who taught me the Bible, but more importantly, lived the Bible with me for a long time. They were ordinary people who struggled like me, except for one important difference. They had a Saviour who redeemed them from their mistakes and saved them day by day. There is no such saviour in Buddhism, only hard personal work. Christianity has a great message of hope for Buddhists overseas, and people like me: the (ex-)Buddhist next door.

It is CMS’s hope and prayer to mentor Australian Christians in ministry to Buddhists and to send more missionaries to serve in Buddhist Asia. Will you pray with us?

For more insights on evangelism to Buddhists in Australia, read former CMS missionary Rolf Lepelaar’s tips here. For a useful book considering why Westerners are attacted to Buddhism, Rolf recommends The Accidental Buddhist by Dinty Moore.

For another example of the power of God’s words to change hearts, read the testimony of Kanishka Raffel, Dean of St Andrew’s Cathedral, Sydney and another ex-Buddhist migrant.

Show hospitality to a Buddhist friend or neighbour by inviting them into your home. Say yes if they invite you back. Share gospel hope by reading the Bible together, perhaps using this study from 1 Peter 1 on suffering, reincarnation and the resurrection.