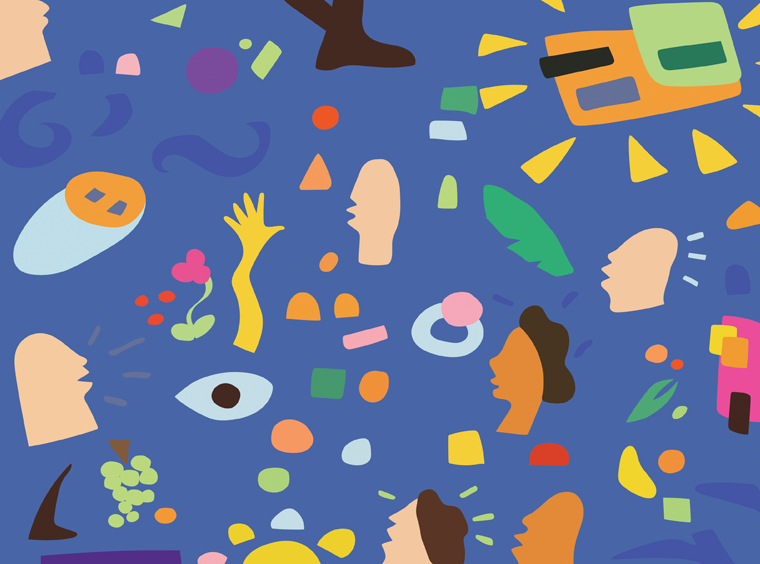 Workers S & K* have recently moved to Buddhist Asia. Before their departure, they spoke to Checkpoint about why they feel compelled to go to a ‘gospel-zero’ people group.

S & K have arrived in a location where they face the challenges of language and culture learning, and major adjustments to life far away from family and friends. In addition, S & K have chosen to go to a location they call ‘gospel-zero’—where there are no known gatherings of believers, few ways to hear the gospel, and little existing Christian presence.

They are settling in and making friends with those living nearby, including many from the people group whom they wish to serve. Aside from adjustments such as having to buy all drinking water in large bottles, they will probably have to learn at least two languages and cultures over a number of years before the fruits of their labour are apparent.

Given the many challenges that lie ahead, some may ask why S & K would decide to go in the first place? To this, they give three answers.

1. They are convinced by the gospel itself

In the first instance, the gospel itself has convinced S & K that it is worth going to another country with the news that Jesus is Lord.

In S’s words: “Everyone who is called to Christ is commissioned for the sake of all nations. Having ransomed by his blood people for God from every tribe and language and people and nation, the risen Christ commanded us to go to all nations to baptise them, to teach them all that he commanded and so to send them onwards for the sake of all nations. Christ’s command privileges you and me as partakers in the purposes of God. By his powerful Spirit, we are enabled to participate in the very centre of God’s plans for the world. With disciples of Jesus throughout history and across the world, we share the joyous responsibility of going to all nations.”

2. They feel compassion for the needs of Buddhists

S quotes a Buddhist who said, “Even in times of relative happiness, within every person there is a sense of lack, a sense that something is missing… an aching unsatisfactoriness, a knowledge that things are somehow not right and that circumstances… give no lasting peace and somehow fail to satisfy.”

Buddhists, like all of humanity, share in the reality and grief of suffering. But their answer is a detachment towards death that is supposed to aid in the transition from this life into death and on again to rebirth. S compares this to Jesus, who “when faced with the death of his friend, Lazarus (see John 11), does not repress his emotions. He stands and weeps, because he knows that death is not part of an eternal cycle of rebirth… it is a final, one-time event for every person.”

S & K are convinced by the gospel that Buddhists need salvation from suffering, death and hell. They understand that only the gospel of grace, not the wearying duties of Buddhist ritual, can provide this.

3. They believe that suffering, sacrifice and weakness are tools used by God

S & K are deeply committed to the principle that God works through suffering and weakness—the preeminent example being the cross of Christ. This is one of the reasons they have decided to work as part of CMS, alongside others who share this conviction.

As S tells it, Christian history confirms invariably that it is in the places where Christian efforts have seemed weakest, and Christian suffering the greatest, that the strongest gospel growth has taken place. This serves to embody the Bible’s teaching that God’s wisdom is seen in the folly of the cross and his power in the weakness of Christians.

S & K highlight one striking example from another area of mission that has personally impacted their thinking. CMS UK records from the 1820s indicate that of 79 CMS missionaries who had gone to west Africa, only 14 remained on the field after a few years. Why? Some had returned home. But the great majority of those who went had died as a direct result of the hardships they encountered. Yet today, under God, and as a direct consequence of mission effort, tens of millions of Christians are in west Africa. It has become a centre of world Christianity.

Numerical success is never guaranteed in the hard work of mission. But it is completely certain that if no one brings the message of the gospel to ‘gospel-zero’ areas such as those found in Buddhist East Asia, then ‘gospel-zero’ they will remain. Convinced of this, S & K are taking a hard path and going to live, work and speak the gospel in one of these locations. They are praying that, by God’s Spirit, they will soon be joined by many believers.

Will you commit to praying and caring for S & K as they break new ground for CMS in a ‘gospel-zero’ location in Buddhist Asia?

CMS ministers to Buddhists throughout Asia. How can gospel progress continue in a place where there are so many challenges? Find out here.

There is a great need for mission-hearted Christians to serve in new locations around the world where no one has heard the gospel yet. Could God be moving you to reach out to the unreached? Contact your local branch or go to cms.org.au/go.