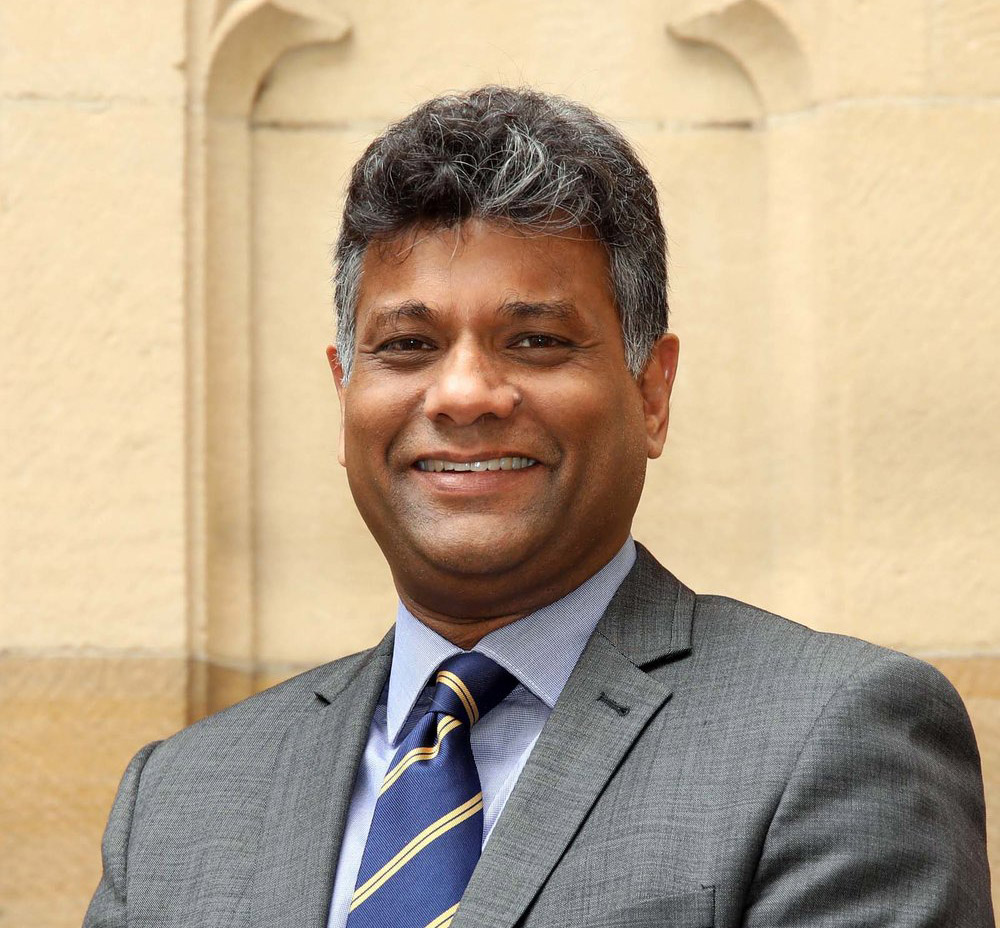 Raised in a Buddhist Sri Lankan family that immigrated to Australia when he was eight, Kanishka Raffel’s conversion to Christianity came as a big surprise to him in his early twenties. Now the Dean of St Andrew’s Cathedral, Sydney, Kanishka’s testimony[1] is an example of the power of God’s word to change hearts, even in those who are not knowingly seeking him. Story by Amanda Jeavons.

From his earliest childhood all the way through to his first years as a student at the University of Sydney, Kanishka Raffel identified as a Buddhist. His mother was a Sinhalese Buddhist, one of the majority ethnic group in Sri Lanka, while his father was a descendent of European immigrants and converted to Buddhism from Reformed Christianity after his marriage. Despite this, there was never any doubt as to the faith Kanishka would profess.

“We were raised Buddhist, my two sisters and I,” he explained. “My mother schooled us in Buddhist prayers and chanting. As a small child, we would do that every night before we went to bed.”

However, although he practised Buddhism, Kanishka admits that he was largely uninformed about it until he reached his third year at university.

“I reached the age of 20 and thought, ‘Well, I don’t really know very much about this.’ So I read a number of books about Buddhism and by the end of that year, I was actually more Buddhist than I ever had been in my life. I was better informed, I had learned the meanings of the words I had chanted since childhood, and I was practising meditation on my own.”

At the end of that year, Kanishka went on a holiday with friends, some of whom were Christian. Although he had heard some Bible stories from his grandmother and had attended scripture classes at school, Raffel had had little reason to think about Christianity and the person at its centre. The holiday proved to be a turning point.

“I had a conversation with one friend in particular which was really crucial,” he said. “In the course of that conversation, I asked him what it meant for him to be a Christian. And he replied, ‘Being a Christian means I’ve lost control of my life to Jesus Christ.’”

His friend’s answer was both unexpected and confronting for Kanishka.

“As a Buddhist, I was engaged in an activity which was aimed at achieving mental and spiritual control,” he explained. “So to hear someone I respected and admired say that they’d lost control to a figure that was long dead? It was a breathtaking answer and why it stayed with me, I suppose.”

Kanishka’s friend gave him a copy of John’s gospel and sometime later, Kanishka began to read it, an experience which he found vastly different to reading the Buddhist scriptures.

“Jesus emerges in the gospel as this vital character. He has friendships and emotions. He is engaged in controversy and conversation. He is puzzling and intriguing to the people around him and to me as the reader. In comparison, you get very little sense of the personality and personhood of the Buddha from Buddhist scripture. It’s a disembodied voice. So here [in the gospel] was something that had a really gritty historicity about it. That was very challenging to me.”

Although his understanding of Christianity was still minimal at that point, the word of God had a significant impact on him, much to Kanishka’s shock.

“I was a very surprised Christian. I didn’t have any interest in Christianity at all and suddenly I found that God had revealed his love in Jesus and that was life-altering for me. Even on a first reading, there was something about [the gospel] that was obviously generous and gracious. Certainly, I would say now that God was speaking to me through Scripture, saying that the death of his Son was a death for my sin and that this was a really wonderful gift. This was an invitation to life.”

As for many people who convert from one religion to another, the issue of telling his family was multilayered, with many emotions at play. Kanishka’s mother was disappointed and troubled by his change in faith, although she became more reconciled to it over time.

“I was her only son,” he explained. “I think she was fearful that I was rejecting her in some way and so I did everything I could to persuade her that this was not the case.”

However, her first words to him were also kind and a gift that was only revealed to him later.

“Her first words were, ‘That would please your grandmother,’ meaning my father’s mother. And that was a lovely thing to say,” said Kanishka. “I think the gift of her words, which my wife subsequently pointed out to me, was that my grandmother almost certainly prayed for all her grandchildren. In some ways, I think my coming to faith in Christ was an answer to my grandmother’s prayer.”

A change in perspective

Converting from Buddhism to Christianity represented a big change in Kanishka’s worldview.

“Prior to being a Christian, I was very much at the centre of my own world. This is quite a natural way of thinking and there are certain things about Buddhism that exacerbate that. Only you can save yourself so you have to pay attention to your impulses, emotions and ambitions. So you become very inward-focused and self-directed.”

With Jesus as both the saviour and centre of his life, Kanishka found that everything had been reframed.

“Now I had a place in a world that was touched by God in the person of Jesus Christ, and destined to be ruled by God, in Jesus. The effect of that was an immense sense of freedom and liberty. And I had a concern for others that I had not had previously, even though Buddhism, of course, is a religion of compassion. Knowing Jesus actually gave birth to compassion in me.”

Kanishka decided to pursue ministry. He was ordained in the 1990s and then appointed as Dean of Sydney in 2016.

When asked about interfaith dialogue, Kanishka said that he sees the ability to have free and respectful interfaith conversations as essential to the ministry of a church.

“That’s what constitutes human community in many ways—the ability to listen, to hear, to understand and to disagree.”

For Christians seeking to share their faith, he said that remaining faithful to the message of Jesus in a way that reveals the plight of humanity and the gracious provision of God is crucial.

“That’s the big challenge, I think. To say that there is a God who loves this broken and needy world; come and join us as we seek him and hear from him.”

Pray for the salvation of people in your community who belong to other faiths or worldviews. Ask God to open up opportunities for you and your church to engage in respectful and open discussion. Consider joining Mentac, CMS’s cross-cultural apprenticeship program which runs in Sydney and Melbourne to help train in evangelism to people of different faith and cultural backgrounds.

[1] All quotes have been taken from Raffel’s interview with Dr Rachael Kohn on 28 February 2016 on the ABC National Radio segment, ‘The Spirit of Things’. The audio can be found here.