Should I go to a Buddhist funeral? 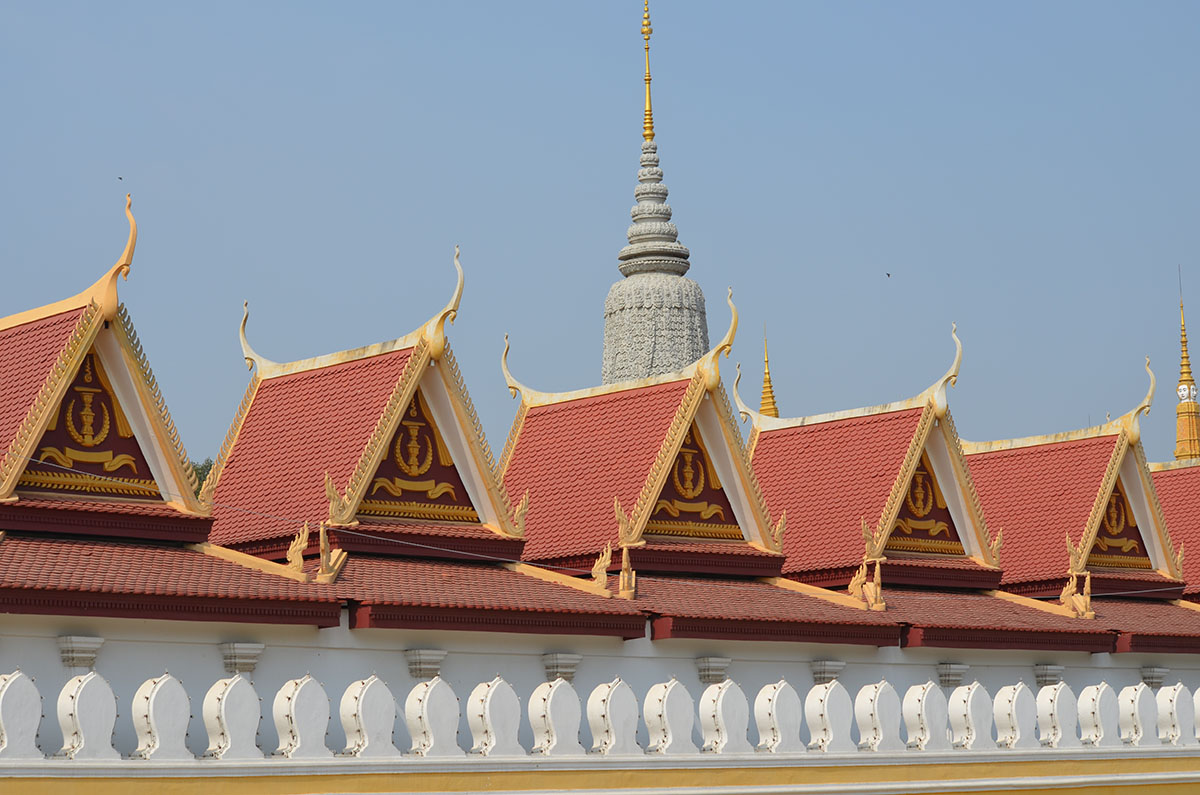 Dave and Leoni Painter, with Joshua and Grace, have served in Phnom Penh, Cambodia since 2000. In 2018, they are on study leave at Moore Theological College to better equip themselves for continuing their ministry at Phnom Penh Bible School, where they teach and train leaders for the Cambodian Church. Dave is undertaking a research master’s looking at the relationship between the living and the dead, a topic of great importance in Buddhist Cambodia. Here, he describes funeral rites in Cambodia and answers the question: Should I go to a Buddhist funeral?

In all our time in Cambodia, I have only been to five funerals, and only one of these was for an older person (not that much older than me). The rest were students of mine, except for the young manager of our mission office. All of these people died “before their time”, and so all were in tragic circumstances. Two died leaving behind a spouse with small children, two died having yet to marry and two of them died only last year, so memories are still fresh in my mind and the wounds of their leaving our community still somewhat raw. All were Christians, but one of them, being the only Christian in his family, had a Buddhist funeral, there being no other arrangements made.

In Cambodia, in many ways, Christian funerals are like Buddhist funerals. They commence with the close relatives washing the body of the deceased and preparing it for a viewing. The funeral of a middle class person typically goes for three days. The family and friends come when they can each day, eating simple meals provided by the family of the deceased. On the final day, they all gather and form a procession to take the body away.

Christian funerals typically have about three or four worship services, where somebody will preach to encourage and exhort those there to admire and join in the faith of the deceased. Those gathered will sing songs of worship and praise to God. This is a time when many people are emotionally worn out, or seeking answers to what happens to themselves after they die. My experience is that non-Christians at these services are never more ready to listen to a message of hope. There was never a moment more poignant than hearing the father of a dead student of mine share about his son’s faith and then entreat the large crowd to put their trust in Jesus. His tears of sorrow and joy mingled together made for a potent gospel message that surely few could resist.

Towards the close of these lengthy proceedings, close friends or authoritative people in their lives are encouraged to give a eulogy. These eulogies are often full of hope that we will meet again in the glory of Christ. At the close of the services, after three days of fellowship (and some sorrow), the mourners gather on an early morning and begin the procession to the city’s Christian graveyard on the southern outskirts of Phnom Penh. Cambodian Christians are always buried, never cremated, to show their distinctive hope of resurrection and new life.

While I have only attended one Buddhist funeral, I have seen hundreds, as they are generally conducted on the street in long white marquees. Black and white flags serve to distinguish them from weddings that are similarly held in the street. In a country where status and wealth are paramount, the longer the marquee is, the more guests being catered for, the greater the cost and so the more important the deceased. Buddhist monks are paid to come and perform ceremonies that will bring merit to the dead and presumably also to their family. Red cotton strings are given to attendees to place around their wrists to ward off evil spirits or bring luck, according to beliefs. At the end, with much fanfare, the body is then taken in a procession to one of the city’s Buddhist wats that specialise in cremating corpses. Buddhists believe that the spirit will then disperse, parts of it to be reincarnated, hopefully into somebody (even) more honourable and meritorious.

The Buddhist funeral I went to was a dreadful affair—dreadful in that it was devoid of hope. Many family members were wailing at the loss of their beloved son, brother and major breadwinner. For them and him, there was no positive future, only bitter loss and evident ill feeling towards anyone who had anything to do with him. The bad karma had to come from somewhere! We made the expected financial contribution to the funeral expenses (he was our office manager), but could only manage sitting there for so long.

So should we go to Buddhist funerals? While Christian funerals honour the dead, they are for the benefit of the living, that they will have an opportunity to publicly grieve their loss, remember a life that gave honour and glory to God, and be reminded of the hope of new life in Christ when we will again be joined together. Buddhist funerals are different in that the focus is upon earning sufficient merit for a good rebirth and ensuring that the spirit of the deceased has been appeased, so that it will not come back to haunt family members.

However, as Christians we are not going for the dead, but for the living. Our very presence at this difficult time will be remembered by the community. Our willingness to confront death may well show that we have received something that cannot be bought by offerings, lucky charms or good works. Being a part of gatherings such as weddings and funerals won’t make us Cambodian, but it shows our willingness to enter into the difficulties of their lives, and gives us insight into their need for a gospel of truth and hope, that they will never find outside of Christ.

Pray that Cambodian Buddhists would have their eyes opened by the Spirit to the gospel of truth and hope. Ask that God would work through Christian funerals and the testimony of friends and family to bring people to him. Pray for wisdom and compassion for Christians attending Buddhist funerals in Cambodia.

Thank God for Dave and Leoni’s desire to study his word and better equip themselves for ministry. Pray that this year at Moore would grow them in their faith, understanding and godliness.