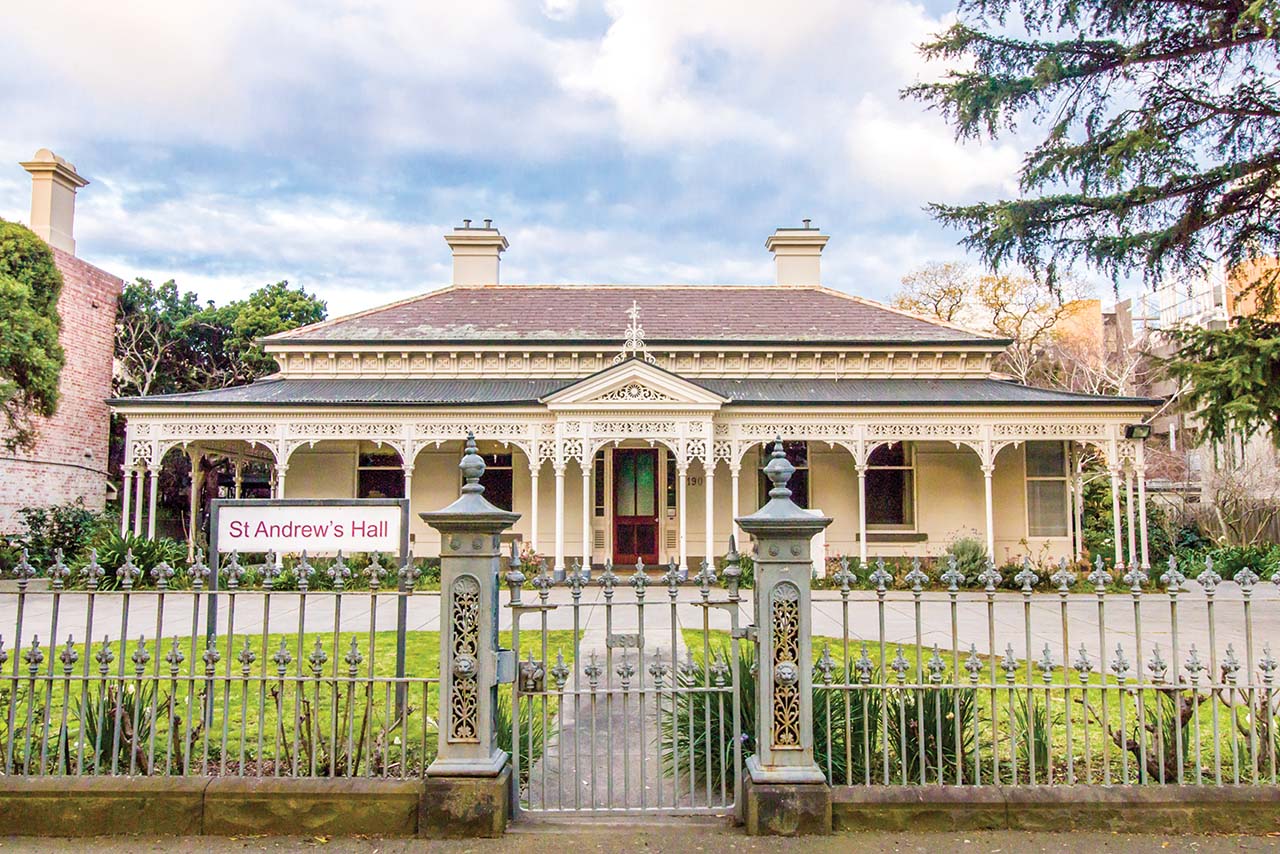 CMS VIC State Director Wei-Han Kuan has delved into the history of St Andrew’s Hall in Melbourne. Here he shares some of his discoveries and summarises how this institution remains of essential importance to the work of CMS.

Organised missionary training in Melbourne can be traced back to 1901 when a leading evangelical, the Rev C. H. Nash, started a college based at St Columb’s Anglican Church, Hawthorn. He named it St Hilda’s, presumably after Hilda of Whitby, a significant figure in the conversion of the Anglo-Saxons to Christianity. Nash recognised that missionaries need focused, specialised training!

The college later moved to Fitzroy into a home set up for missionary training by Nash’s close friends, the staunchly evangelical and wealthy tea and coffee merchants, Mr and Mrs James Griffiths. They commissioned the construction of a permanent missionary training home for CMS in Clarendon Street, East Melbourne, which opened in 1908. The heritage-listed Arts & Craft movement house is still known as St Hilda’s.

St Hilda’s was initially used for the training of women; men were being trained by the Rev H. S. Begbie at his North Melbourne parish. CMS training continued in East Melbourne until St Hilda’s was compulsorily acquired by the government in the 1960s for a ring road project that never eventuated. This forced a move to Parkville and the current site of St Andrew’s Hall, next door to Ridley College.

St Andrew’s Hall opened in 1965 after construction of an accommodation block at the rear of the historic Federation house. For over fifty years, men, women and children have come to Parkville from all over Australia to receive missionary training. It has capacity for around sixteen adults, depending on the configuration of families in each cohort. More than 1000 adults have passed through its doors. With an average term of service of just over a decade, this means that St Andrew’s Hall has resourced some 10,000 years of missionary service. What a return on the Griffiths’ investment!

Specialised, focused, in-community missionary training is still what St Andrew’s Hall does today. CMS missionaries constantly say how valuable their in-depth training at St Andrew’s Hall is for their ongoing ministry effectiveness, longevity on location and personal resilience. Please keep praying for this critical CMS facility and its ministry.

Give thanks for the many years of missionary service which have come out of St Andrew’s Hall. Pray for the current missionaries-in-training as they train and prepare for their future ministries. Thank God for the staff at St Andrew’s Hall and their willingness to serve and teach the men, women and children who come to be trained. Ask God to give them wisdom, and godly hearts and minds as they keep working there.