Give to a worker

Give to a Campaign

View Your Gift
Want to give annually?

Give to another worker from

Give to a Campaign 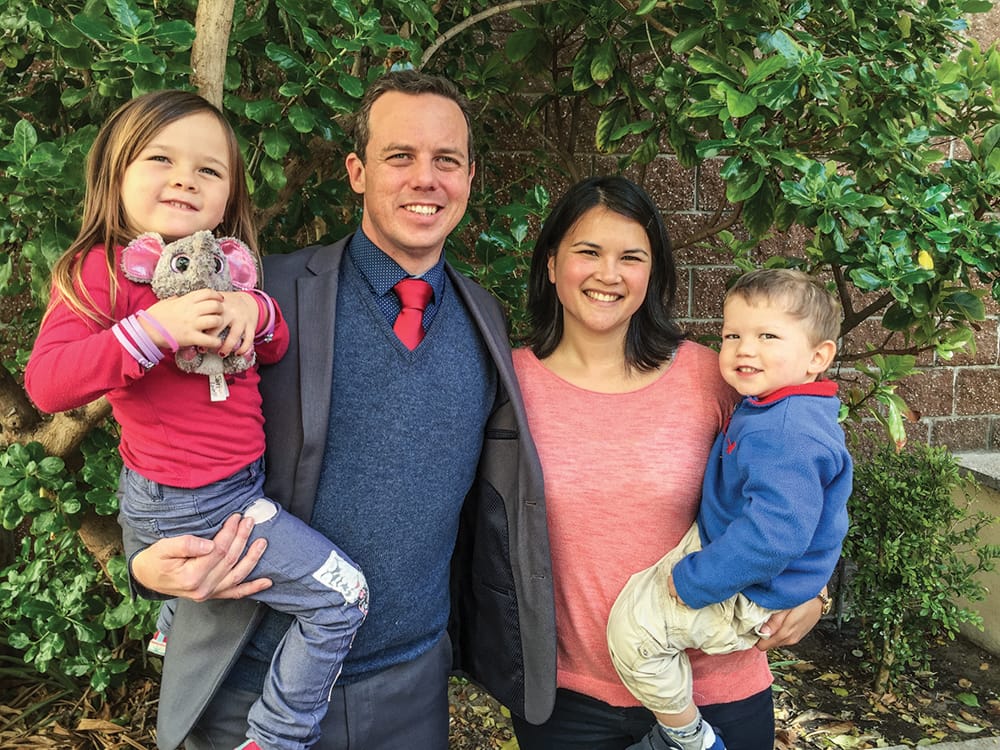 CMS missionary Nathan Lovell (with Diane) serves in Cape Town, South Africa, where he works as an Old Testament lecturer at George Whitefield College. At the 2018 NSW & ACT Summer School, he explained the importance of CMS’s engagement in supporting academic level theology. As an example of what he is studying and teaching, Nathan provided Checkpoint with a summary of one of his recent research papers, “The idea of remnant in the book of Kings”.

One answer is that the book of Kings exists to explain Israel’s exile in historical terms. How is it that God could take a people from Egypt, give them a land, a temple, a covenant, make them his special people, and promise their king that his reign would “endure forever” (2 Samuel 7:16), and yet have it all come to nothing when the Babylonian army marched on Jerusalem in 586 BC?

So two questions arise. First, did God fail? Second, what would become of God’s promises to Abraham and David?

The book of Kings answers the first question with a resounding ‘No!’ God didn’t fail. The problem was with Israel, not God. Israel broke the covenant. Even though God sent the prophets to warn them, he eventually did exactly what he promised to do all along if they continued in their rebellion, which was to exile them (2 Kings 17:6–20, see Deuteronomy 4:24–28).

However, the answer to the second question—what will become of God’s promises?—is more complex.

A series of hints that provide a pattern

One of the most frequent assertions in Kings is that history works out according to God’s promised word (e.g. 1 Kings 8:24, 56). So, one would imagine that God intends to give David and Abraham the kingdom that he promised them as well. But by the end of the book, it’s hard to see how that could happen. Israel had been divided and defeated. The temple had been torn down. The small number of people who were left were scattered around the known world. And the last Davidic descendent ended up under house arrest in Babylon (2 Kings 25:27–30). Could God still do what he promised?

One hint is in the prophet Isaiah’s advice to King Hezekiah, which came during one of the crises of the book. On the occasion recorded in 2 Kings 18–19, God’s promises must have looked doubtful as well. The Assyrian army had exiled the northern kingdom of Israel and rampaged most of the southern cities of Judah as well (2 Kings 18:9–13). At that time, the most powerful army the world had ever known was camped at the gates, ready to land the final blow by destroying Jerusalem. But before they did, the Assyrians offered their own version of a covenant to Hezekiah, with very similar promises to those God had already made (compare 2 Kings 18:31–32 with Deuteronomy 8:1, 7–8).

In this context, the prophet Isaiah revealed a pattern for God’s ultimate salvation. Firstly, God would provide a saviour:

He shall not come into this city or shoot an arrow there… For I will defend this city to save it, for my own sake and for the sake of my servant David.

In this case the saviour turned out to be an angel (2 Kings 19:35–36). But, the salvation only came after it all seemed hopeless, after Israel had been destroyed and Judah nearly so. We already know why. Because he had already promised destruction if Israel broke the covenant.

But then, why save any at all? Why not destroy Judah as well? We have the answer to that too. Not because Judah was worth saving (2 Kings 17:18–19), but because God acted “for the sake of my servant David” (2 Kings 19:34). That is, he saved Jerusalem so that his promise to David wouldn’t be undone. Because of these two promises that God made, for both death and life, the pattern becomes salvation on the other side of judgment. Notice Isaiah’s words:

And the surviving remnant of the house of Judah shall again take root downward and bear fruit upward. For out of Jerusalem shall go a remnant, and out of Mount Zion a band of survivors. The zeal of the Lord will do this.

God intended to rebuild his kingdom from the remnant of his people that survived the judgment. This is a pattern that permeates the book. God’s people sin and he sends judgment that looks like it will destroy them completely. But just when all seems lost, God acts for the sake of his word to David or Abraham, and sends a saviour for the remnant that survived the judgment. The remnant then becomes, like Isaiah intimates, a seed that “take[s] root downward and bear[s] fruit upward”. A new Israel is grown.

Take, for example, the conflict between Elijah, and Ahab and Jezebel. After a dramatic showdown between the prophets of Baal and Elijah (1 Kings 18:20–40), Elijah fled to Mt Horeb (Sinai) where he met with God. God promised judgment on Ahab’s dynasty (1 Kings 19:15–17) and also the preservation of a remnant who will survive:

Yet I will leave seven thousand in Israel, all the knees that have not bowed to Baal, and every mouth that has not kissed him.

The plot thickened shortly after that when the kingdom of Judah intermarried with Ahab’s family, meaning that for this promise to be fulfilled, God was going to have to destroy both family lines! But note the reminder that occurred right at that point. The king of Judah:

…walked in the way of the kings of Israel, as the house of Ahab had done, for the daughter of Ahab was his wife. And he did what was evil in the sight of the Lord. Yet the Lord was not willing to destroy Judah, for the sake of David his servant, since he promised to give a lamp to him and to his sons forever.

Sure enough, the promised judgment came and it looked like the end (2 Kings 8–10). By the time Jehu’s rampage was over, the entire line of Ahab was destroyed and a Syrian king dominated God’s people. David’s line had been caught up in it all and nearly destroyed as well. One of Ahab’s daughters, Athaliah, ended up on David’s throne.

A pattern that helps us understand the purpose

So this pattern can help us to understand why Kings was written. Perhaps one reason was to help God’s people think about what it meant to be Israel in exile, on the other side of judgment. Was it possible to be God’s people without everything that God had promised? Could you worship God without a temple? Could you be Israel without the promised land? Could you be a part of God’s kingdom without a king?

The answer seems to be sort of. No, you can’t realise the kingdom that God promised from the context of Babylon, because the promises included those other things as well. But you could be a seed which might one day take root again. After all, by the end of the book, everything that was needed to be Israel was in Babylon with them: the people (2 Kings 25:11), the temple (2 Kings 25:13–17) and the king (2 Kings 25:27–30). They weren’t Israel. But Israel in exile was Israel incipient. They were Israel in waiting. What were they waiting for?

Give thanks that God faithfully keeps his promises and sent a Saviour into the world for all of humanity. Pray for Nathan as he teaches students at George Whitefield College. Ask God to help grow the students in their understanding and love of his word, granting them wisdom so that they might contribute to the theology and training of the African Church.

Note: The original article in its entirety can be found online here.

[1] The scholarly consensus is that 1 and 2 Kings was originally just one book, the book of Kings. In this article we generally use the latter name.