From Strasbourg to the world 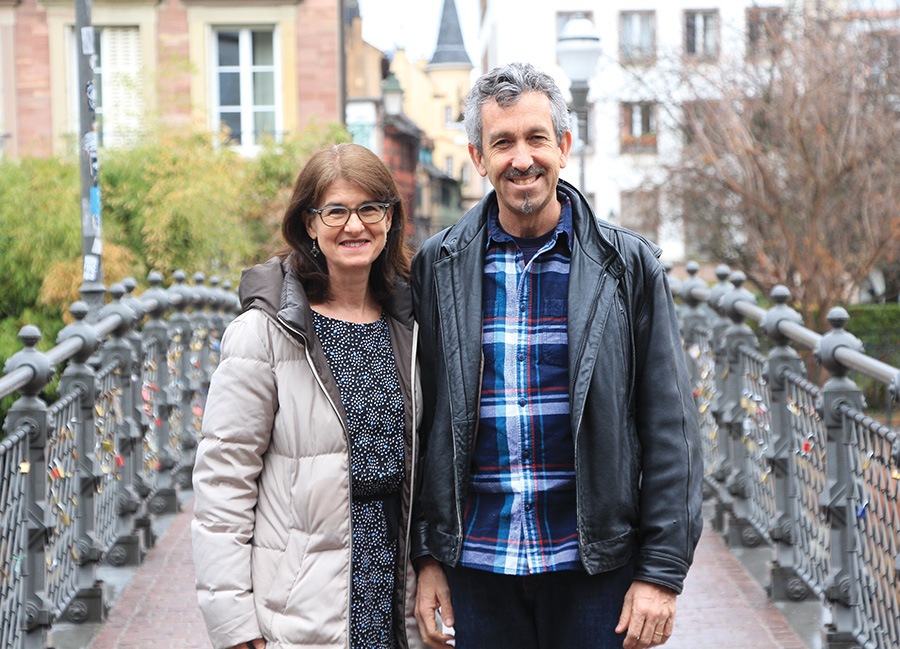 CMS missionaries Paul and Sandra King finished their final Home Assignment in January 2018 after 25 years of service with university students in France. Here Paul describes how the Reformation that hit Strasbourg 500 years ago continues today with as fresh and lively a heart for mission as it always had.

During our years of service in France, we lived in Strasbourg in the Alsace region along the German border for 12 years. Strasbourg was a centre for Reformation that transformed Europe and went on to transform the world.

So how did the Protestant Reformation impact Strasbourg, and why is it still relevant to France today?

The Reformation in Strasbourg

The Reformation came early to the Alsace region, influenced by Luther’s writings from 1520 onwards. Strasbourg’s printing guilds played an important role in the dissemination of Luther’s writings, publishing many Reformers’ tracts and pamphlets. Many of the city’s biblical scholars, such as Martin Bucer, strengthened the movement amongst craftsmen and the town’s growing middle class.

Even though some Catholic clergy refused to accept Reformation ideas, the Bishop of Strasbourg could not stop the demand for change. The officiating priest at Strasbourg Cathedral, Matthieu Zell, was one of many leaders who preached Luther’s ideas to large, enthusiastic congregations. The people of Strasbourg and the Reformers insisted on a return to Scripture alone.

As the gospel implications were worked out, Strasbourg took a ‘middle ground’ approach to Reformation theology. For example, at the Diet of Augsburg in 1530, Strasbourg adopted a point of view midway between Zwinglian (Swiss) and Lutheran (German) theology. The city’s middle position, typical of Martin Bucer, insisted on the importance of Bible study and inner piety and sought a theology where harmony existed amongst local churches. This was demonstrated when another leader of the Reformation, John Calvin, was exiled to Strasbourg and began his own Reformed church. Bucer welcomed Calvin as a pastor and teacher, and he was largely tolerated by the local Lutheran churches.

The missionary soul of the city

A particular role of the Reformation in Strasbourg was its mission influence on the world. The evangelical principles of the Reformation were not to be kept solely for the city of Strasbourg, but were to be taught everywhere by trained pastors. Priority was given to the education of Protestant preachers and in 1538, humanist Jean Sturm opened a school that developed a catechism and improved the quality of instruction for the equipping of missionary pastors.

In 2004, as I (Paul) entered the room of the Strasbourg Christian student group for the first time, I saw a large board on the wall. It was a map of the towns, cities and regions that Bucer had visited personally or had correspondence with. His mission field extended across and beyond the limits of the Holy Roman Empire of the time—to Alsace, France, Germany, Switzerland, Italy, England and Scotland! Perhaps Bucer’s greatest influence came through his writing of the catechisms for Hesse (1539) and Cologne in Germany. This liturgy strongly influenced the English Book of Common Prayer (BCP). The BCP spread around the world as the British Empire expanded, and was in continual use throughout the Church of England for at least 350 years.

Since 1945, the Reformation has continued its influence in France through the continued call to observe the authority of Scripture alone. This position is clearly announced in the doctrinal statement of the French Christian student movement, the GBU, in which many CMS missionaries have served: “Holy Scripture is divinely inspired and worthy of our full confidence, and has supreme authority in all matters of faith and conduct.”

In our years of missionary service, we have watched French evangelical churches move towards a middle-ground theology typical of Bucer. In the early 1990s, during our first years in France, the evangelical denominations were divided between conservative and Pentecostal groups. Following a time of repentance and reconciliation for past rash, angry statements, a new evangelical movement of these denominations was born: the Conseil national des évangéliques de France [National Council of French Evangelicals] (CNEF). The leaders of the CNEF focus on the Reformation and biblical foundations of evangelical churches in dealing with theological questions such as the prosperity gospel and the place of miracles in church life.

In France, the Reformation continues even today as a movement bringing the gospel to Europe. Just as it was 500 years ago, the dissemination of Scripture remains central to the progress of the gospel. The CNEF has prioritised Bible distribution, creating a project, Merci Pour la Bible, with the aim of inspiring Protestant groups to take advantage of the 500th Reformation anniversary by spreading the word about the Bible. The project includes exhibitions, books, Bible reading kits, events (like The Mark Drama) and training material.

Growth in the French Church

Strasbourg and France still need the gospel that was articulated by the Reformers 500 years ago. Today, the Spirit of God continues to bring Jesus’ living water to the spiritual desert of France, where less than one per cent of people confess Jesus as Lord. Living in Strasbourg, we heard the voices of sceptics, but we also heard testimonies in our church of the Spirit changing atheists, Muslims and people without hope to follow Jesus. The CNEF sees growth despite atheistic proclamations that the Church will die in the modern, secular West. Their vision is to see one church for every 10 000 people in France; towards this goal, they are planting one new church every ten days.

In the context of widespread atheism, the Alsace region was our preferred location to do student work as it had Reformation roots and could influence the rest of France. One of the deficits in France is students who are ready to be trained in the Bible to serve, lead and equip local churches. During our ministry, God graciously allowed us to train many students for gospel work who will have a mission impact on France, just as the Reformation in Strasbourg did.

So we still ask the question—can Christians in Strasbourg continue to have a mission influence today? When we invited Raphael, a former Strasbourg churchgoer and head of the CNEF’s evangelism arm, to return and talk about France’s mission needs, he said, “I refuse to accept the situation that a Frenchman cannot travel less than 45 minutes to hear the gospel in a local church. I love this city, like you, but we must go from here to bring the good news to France.”

France still needs the gospel that was articulated by the Reformers. CMS continues to send missionaries to France and Europe to guard and teach the gospel. Will you be one of them? Find out more about serving with CMS at cms.org.au/get-involved/go.