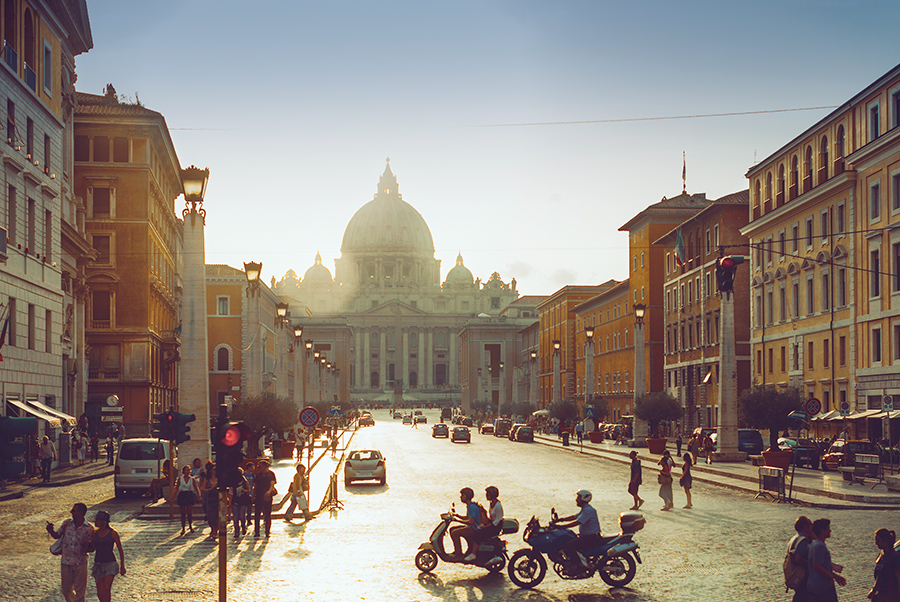 Charlie Fletcher, together with his wife Kathryn, spent 10 years as a CMS missionary in Mexico from 2001–11. Since 2011, he has served as Dean of Global Mission at Ridley College and as a member of the teaching staff at CMS’s St Andrew’s Hall. Here he draws on personal experience and theological insight to address an important question: How do we relate to Roman Catholicism today?

Among the famous alones of Reformation teaching, scholars sometimes emphasise two: Scripture alone as the formal principle of the Reformation; and faith alone as the material principle of the Reformation. These affirmations cut to the heart of Protestant-Catholic differences in theological method and content, differences over which people in the Reformation era did not merely differ, but died. While Protestants and Catholics alike hold up as heroes of the faith those who were martyred for their convictions during that period, we also look back with horror at the mutual killing. What does all this mean for evangelical engagement with Catholicism today? Has anything changed?

Roman Catholicism has changed. The Second Vatican Council (Vatican II, 1962–65) was a watershed event, the most significant development in Roman Catholicism since the time of the Reformation. Vatican II marked a shift in Roman Catholicism’s attitude to modernity, from an attitude of rejection to one of embrace. It also marked a shift of theological emphasis. In contrast with the Council of Trent and Vatican I, which focused on the Roman-ness of the Roman Catholic Church, Vatican II highlighted its catholicity. So, for example, Mass could now be celebrated in vernacular languages, and the Roman Catholic Church adopted a more positive attitude towards Protestants and those of other faiths, viewing them as within the orbit of God’s grace. Pope Francis, with his focus on mercy and his warm ecumenical overtures, embodies the spirit of Vatican II more than any of his predecessors.

We also need to understand the nature of official change in Roman Catholicism. Pope John XXIII, who convoked Vatican II, coined the term aggiornamento, or updating, which allows for renewal without reformation. What’s more, Catholicism employs a theological method that may be described as et… et… (both… and…), such that new formulations or emphases do not abrogate past statements. For example, notwithstanding recent theological rapprochement in evangelical-Catholic dialogue, the Council of Trent’s anathemas against those who hold to justification by faith alone have never been retracted.

So the Reformation’s central concerns are still relevant, but the landscape of contemporary Roman Catholicism is more complex, and the tone of evangelical-Catholic conversation is very different. How then should we engage?

When I teach classes about engaging christianly with other religions, I offer my students three rules of engagement. They apply equally to evangelical engagement with Roman Catholicism.

First, evangelical engagement should be sympathetic. We should describe Roman Catholicism with accuracy and respect. Rather than drawing a caricature, we should paint a portrait in which our Roman Catholic friends can recognise themselves, even if they do not agree with every detail of our rendering. This means we cannot take the piecemeal approach, picking and choosing particular Catholic doctrines and practices (e.g. transubstantiation, priestly celibacy, papal infallibility, Marian devotion) and making them the basis of our appraisal of Catholicism. Accurate and respectful engagement requires a systematic understanding of Roman Catholicism as a whole.

Second, evangelical engagement should be theological. Our engagement with Catholicism should be grounded in the Scriptures and centred on the gospel of Jesus Christ. This means we cannot take the peacemaking approach that minimises or sets aside doctrinal differences for the sake of ecumenical harmony or common worship and mission. It is sometimes suggested that agreement on the basis of the creeds is a sufficient basis for ecumenical unity, but that is to downplay the theological significance of the Reformation. Yet there is something right and compelling about the ecumenical impulse. As John Piper has said, humility loves truth-based unity, not truth-based victory.

Third, evangelical engagement should be missiological. We should look for points of contact and conflict, and consider their implications for both evangelism and discipleship. This means we cannot take the polemical approach, attacking whatever we see as wrong with Catholicism. Winning people and winning arguments are not the same thing.

To those three rules of engagement, let me add three caveats.

It is important to distinguish between institutional religion and personal faith. Serious disagreement with Roman Catholic teaching and practice does not warrant the conclusion that there are no Christians in the Roman Catholic Church. We are saved by trusting Jesus, not by professing a coherent theological system. So, rather than denying that Catholics are Christians, a more helpful approach is to invite them to explore together the Christian faith they profess.

It is also important to distinguish between official and popular religion. The popular Catholicism that I encountered in Mexico, centred on devotion to the Virgin of Guadalupe and often influenced by pre-existing indigenous religion, is a very different phenomenon from official Catholicism and raises its own questions for mission practice.

Evangelical mission in Catholic contexts must pay attention to the complexities of contemporary Roman Catholicism.

Roman Catholicism is complex and multi-faceted, and has undergone immense change. Pray that in response, we would be sympathetic and humble with our Catholic friends as we point to the Bible’s message of justification by faith alone.