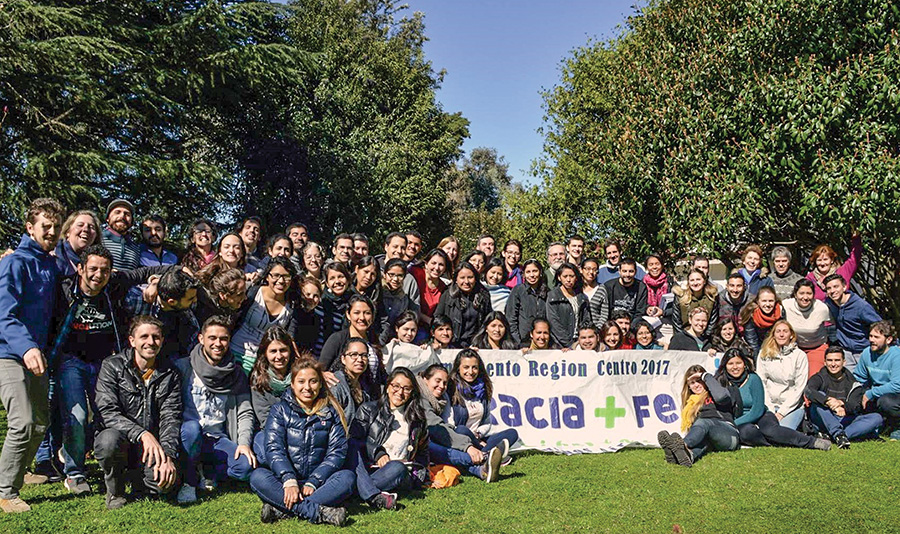 Argentina might seem an unusual place to teach the principles of the European Reformation, but as CMS missionary Terry Blowes (serving with Peter) reports from a recent conference, the Reformation message of grace alone rings out clearly from the book of Galatians and needs to be heard in Latin American churches.

This was the title of our recent Asociación Bíblica Universitaria Argentina (ABUA) regional conference. Our speaker, Eduardo, spoke on Paul’s letter to the Galatians. From it, he demonstrated why the European Reformation, teaching that we are saved by grace alone and through faith alone (which is the teaching of Galatians), is still needed in Argentina and beyond.

By the time of the European Reformation, the Roman Catholic Church had added many obligations to the faith of the Bible. Salvation was no longer a gift flowing from God’s mercy. God’s free grace needed human help!

The Roman Catholicism that immigrated to Latin America retained many of these features. Promises to God, pilgrimages, the lighting of candles, rituals, prayers to saints and statues; all these and more were seen (and are still seen) as supplementing the work of Christ, with a God who requires personal sacrifice and ritual before his approval can be won.

That is, for many Argentines, God’s free grace needs human help!

At our camp, Eduardo exposed two problems for those who want to live under law rather than under grace.

First, there is the problem of legalistic Christianity. As the letter to the Galatians teaches, any attempt to approach God by trying to fulfil his law (‘legalism’) will separate us from the grace of Christ.

But in Argentine churches, both evangelical and Roman Catholic, this legalism abounds! Pastors are seen as authority figures—mediators between the people and God, with an authoritarian attitude that cannot be questioned. Church members are not taught to read the Bible for themselves.

One example of how such legalism manifests itself is in the widespread notion that if a person gives more money and effort to God or their church, or believes more firmly, then he or she will get more from God.  The effect of such damaging teaching is often compounded by strict church rules that lead to isolation from those outside the congregation.

New churches are appearing in Argentina, where the Bible teaching of justification by faith alone is indeed taught. But even these churches are often better at teaching doctrine than at teaching their congregation how to read the Bible for themselves, and to make their own mature decisions about how to live for Christ daily.

Faith is not a checklist

The second problem is the flip side of the first. Legalistic Christianity enables people to complete a checklist, after which they feel under no further obligation to please God.

However, as Galatians teaches and as Eduardo was able to explain, God’s grace gives us unlimited liberty—to serve and love others! Likewise, our evangelism flows out of an understanding of God’s gracious gift of life in Christ. We live because of him, and so we proclaim him.

Let me share two encouraging stories from our camp.

Vani, from a legalistic Pentecostal church, said, “What I found amazing at the camp was when everyone started to dance and have fun! I’ve never seen that in a Christian gathering! In my church dancing isn’t a sin, but no one ever seems to enjoy themselves.  The other thing that I loved was how quickly everyone… opened up to share. In my church they are very suspicious of anyone new and it takes ages to be accepted in the group.”

Mari, a Roman Catholic, summarised her response: “It really hit me that God loves me by grace, and that goes much further than I imagined. I had created a lot of laws in my own life. God has given me a new perspective.”

The clear Reformation message of our camp, coming out of the letter to the Galatians, is that God’s grace does not need human help. Grace, received by faith, gives us liberty to serve God truly, and to share his grace with others.

Pray for Peter and Terry as they encourage student members of ABUA in good Bible reading habits. Thank God for the faithful teaching on the regional conference and ask that many students would embrace God’s gift of saving grace and the freedom to serve him.