Women can change the world 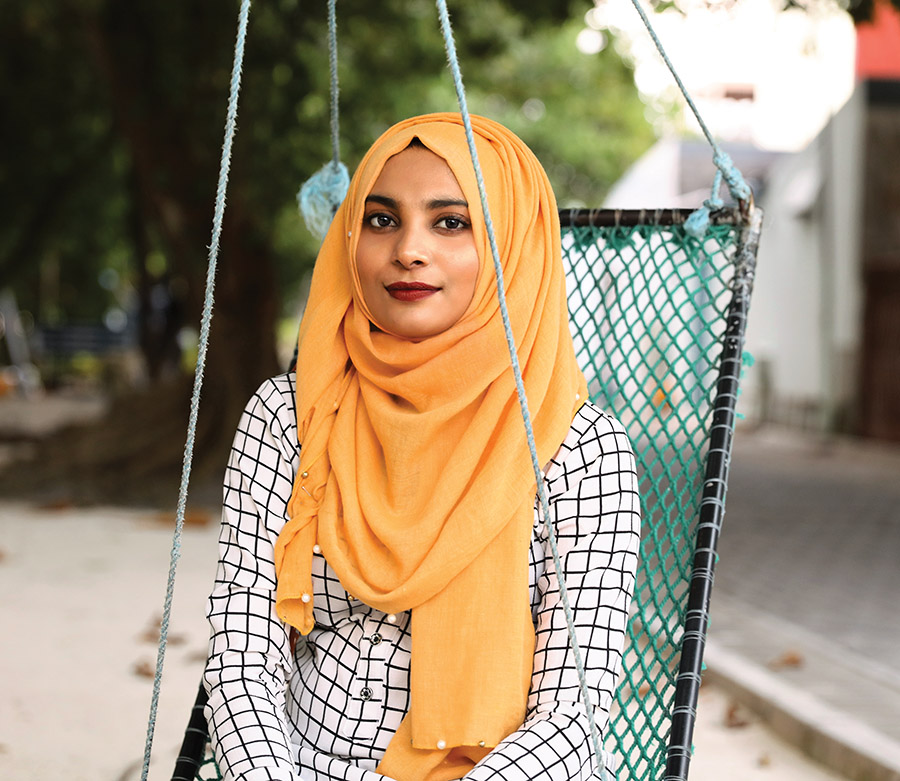 I argues that women from major non-Christian religions are one of the largest unreached groups in the world.

Traditional theories of mission emphasise reaching the elder(s) of the group, usually men, who will then bring the gospel to others. But is this right? I* assists in training missionaries at CMS’s St Andrew’s Hall. Here she identifies women of major world religions as an unreached people group. Reach them, reach the world.

“They were astonished to find him speaking with a woman” (John 4:27).

The disciples’ surprise at Jesus’ choice of conversation partner wasn’t unreasonable. You can read the full story in John 4: how Jesus asked a Samaritan woman at the well for a drink; how, through the ensuing talk, her eyes were opened to his divine power and authority; how she told an entire village that here was a man worth meeting.

Nonetheless, the disciples were astonished. In this conversation, Jesus was breaking barriers of prejudice: religion, ethnicity, gender and marital status. Yet again he was demolishing the high boundaries of moral and ritual purity prescribed by religious leaders. Like most men of the time, and multiple commentators since, the disciples would assume that the woman having had five husbands was her own fault, even in a place where women had almost no possibility of initiating divorce. Given this last reality, another possibility to consider is that the woman was not so much immoral, as the object of serial abuse. A group of Bangladeshi village women hearing this story commented, “She must have been infertile, and so they had all divorced her.”  Now she was living with a man who hadn’t married her—shameful indeed, but preferable to prostitution, which was one of the few options available to destitute women.

So Jesus initiates the encounter, asking her for a drink of water.  And this surprising witness becomes one of the most effective evangelists recorded in the gospels.  Many believe and come to hear Jesus through her testimony.

Jesus’ concern for both women and men becoming his disciples is clearly evident in the gospels.  He insists that women, like men, are defined first by their relationship of listening and obedience to him, rather than by family roles or relationships (see his encounters with women in Luke’s gospel). Jesus’ focus on reaching out to both women and men challenges a traditional emphasis within mission on reaching the male head of the family as the centre of influence. Jesus was not bound by such rules.

Both in the New Testament and in other cultures, we discover households where it seems the woman, rather than the man, is a leading figure (you can see examples in Acts 12:12, 16:15, 1 Corinthians 1:11). Today, development agencies are well aware of the significance of female-headed households: in the growing refugee communities around the world, their number may be as high as 25–33 per cent.

Culturally speaking, we notice that gospel influence tends to follow social connections. These connections tend to flow not from a male head of household, but from women.  The husband-wife link, emphasised in western society, is one of the weakest bonds in the many places where family loyalties flow along blood lines rather than through legal connections. The mother-son bond is particularly significant: that is why Mother’s Day has been taken up by many cultures with almost religious fervour. At rites of passage, women often have the dominant role, responsible for ensuring safe family transitions and maintaining harmony. Cross-cultural church planters find that in many Muslim societies, women are gatekeepers to the community.

Even when women have a physically restricted place in society, they often know more about what is happening in the community. The latticed harem windows of the Middle East meant that women could see what was happening in the rest of the household or the street, but outsiders were unable to look inside to see what went on in the women’s world. Women’s business wasn’t talked about outside their communities.

One direct consequence of this is that male anthropologists have often been limited to analysing the men’s world, with only restricted access to intimate family space. Such limitations have not helped us think clearly about how to do mission in these cultures.

Outreach and training focusing only on men, or only on women, will often falter. Our thinking needs to be shaped by attention to both, in the context of their wider households. Most courses on Islam (and other religions) are taught in our colleges by experienced and godly men. They write more of the books and have much of value to say about strategy in mission. This means, however, that we learn little about the questions and heart-longings of women.

Similarly, much current training for mission focuses on preparing men. Women’s perspectives on issues such as polygamy, violence, gendered differentials in education and poverty, or daily issues of family and discipleship, are not given space. This is compounded by constraints of child-minding and other responsibilities, which mean that often husbands take up mission training opportunities more than wives. CMS’s training centre, St Andrew’s Hall, is exceptional in requiring that both men and women be trained.

When men respond to the gospel, their long-term growth is often linked to having a believing mother. If we want a church of more than one generation, the nature of the gospel itself, together with observation of what happens in a culture, teach us that we have to reach the women. In situations of persecution, women have been purveyors of the faith. In Muslim areas under Soviet rule, where the men’s activities were closely monitored by the state, it was women in the fields who were able to pass on their faith to the next generation. In the Chinese Church, as state persecution targeted official male leadership, it was often women who maintained and taught the church gatherings. By contrast, in Somali churches where male leaders were arrested, yet the women had not been taught their husbands’ faith, the women and their families returned quickly to their Muslim roots and the emerging church gatherings were obliterated. Rebecca Lewis of Mission Frontiers, studying these patterns, concludes, “I have become increasingly convinced that a key to winning the Muslim world to Christ will be through strategically reaching Muslim women.”(1)

In the New Testament, we see Jesus and Paul teaching and mentoring both men and women leaders.  Similarly we see women helping to train men. Think of Priscilla and Aquila training Apollos (Acts 18:26), or Timothy’s mother, Eunice, and grandmother, Lois, passing on the gospel to him. This pattern has continued throughout church history, where women leaders (as in the Muslim world) have usually had a male sponsor. Men have also had women enabling them as patrons and teachers (for example Jerome’s patron Paula, Olympias with John Chrysostom, and Macrina, the sister to Gregory of Nyssa and Basil of Caesarea).

The challenge of women

Here is a challenge to consider: Muslim women today constitute 10–12 per cent of the world’s population. They are not resistant to the gospel so much as neglected, veiled from being able to hear the gospel by flawed mission policies and training. Similar cases can be made for women from many other faith backgrounds. Women from major non-Christian religions are one of the largest unreached groups in the world today. If, under God, we reach them, then we reach their families and their societies.

Are you interested in considering what ministry to Muslim believers looks like? The Mentac cross-cultural training program is worth considering. Or you can visit the opportunities page to find out more about specific ministry needs, including mission to women who wouldn’t otherwise be reached.