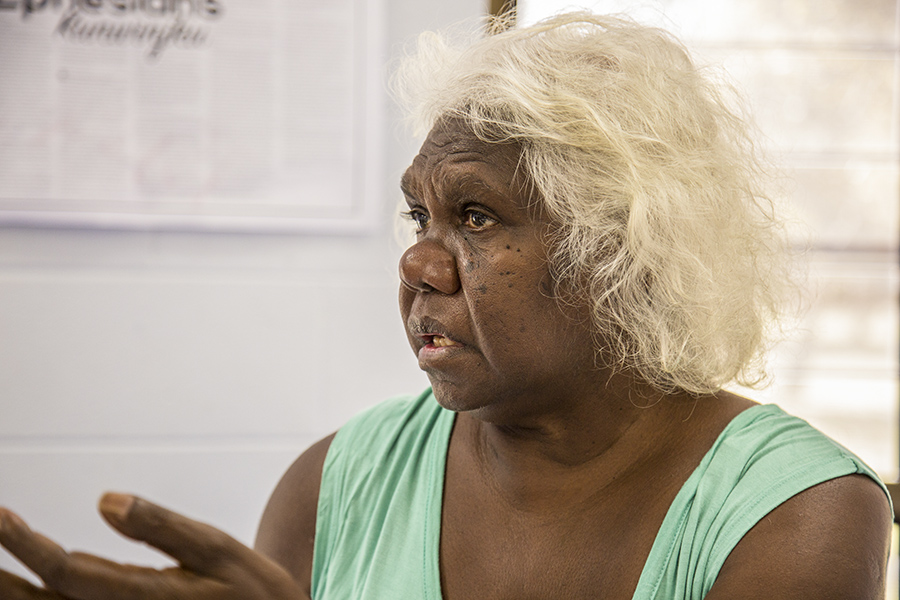 Men can minister to women and women can minister to men. But here CMS missionary Kate Beer (serving with Tavis in the Northern Territory) reminds us that in Aboriginal culture there are strong reasons for also working in separate gender groups.

The fact is that I don’t really have a passion for feminist agendas. But I do have a passion for justice and, as Paul urges in Colossians 4, making “the most of every opportunity” for the gospel. And in the Northern Territory’s cross-cultural context, ministry to women is not about pursuing a political agenda. It’s a cultural necessity.

Gender is an important boundary in Aboriginal culture. An adult woman’s relationship with adult men (other than her husband) is characterised by mutual, respectful avoidance. In spite of this, it has sometimes been argued that in our mission to Aboriginals, the key to progress is to reach the head-man in the clan and the good news will trickle down to both men and women from there.

The truth is I’m sceptical about such vicarious learning. If a second-hand gospel was enough, Jesus might have sent Mary to help Martha in the kitchen that night instead of commending her (Luke 10:38-42), leaving her to pick up the good news from other disciples. Amongst Aboriginals, where the tradition is for grandmothers to teach their granddaughters, it is vital that women have direct encouragement in discipleship, theological education and leadership. The good news of Jesus continues to be women’s business as much as it is men’s business.

Of course, men can minister to women and women can minister to men. But mixed gender discipleship needs careful thought in our context. I am passionate about making sure that the ministry spaces the church creates, under God, promote the best discipleship opportunities possible. In many Aboriginal cultures there are topics of conversation which are taboo in mixed company.  So, in the remote Anglican parishes, safe ministry training was not actually ‘safe’ for Aboriginal participants until we began conducting it in separate gender groups. Suddenly, the level of engagement and the questions from participants increased enormously—in both groups!

In the nine Aboriginal Anglican churches in the NT, there are seven ordained Indigenous women and many other women church leaders. This speaks to the crucial work of Aboriginal women in holding their families, communities and churches together. Ministry to such women in the NT is an absolute necessity. To act otherwise would be to abandon these saints.

For these and other reasons, I will continue to be a passionate and involved advocate for ministry to women—both as a cultural necessity and, as Paul teaches in Ephesians 4, “so that the body of Christ is built up … in love, as each part does its work.”

Part of caring is knowing. Read an interview with Mildred Mamarika, a local Indigenous leader on Groote Eylandt, or watch Greg Anderson, Bishop of the Northern Territory and former CMS missionary, give an introduction to women’s ministry in this region. Available for purchase at cms.org.au/greganderson.