From idol worship to inexpressible freedom 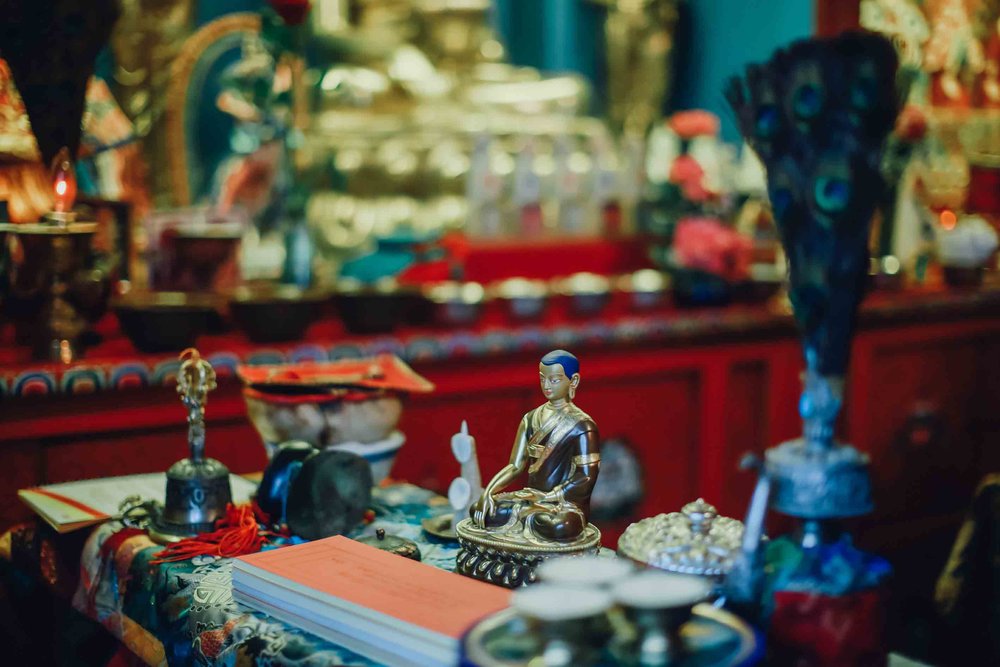 CMS missionaries, Ian and Narelle Hadfield, shared the story of Lin Lin, who had a dramatic conversion after attending their church in Hong Kong. CMS interviewed Sok Han, one of the ministers at St Andrew’s, to learn more. Story by Amanda Jeavons.

Enslaved to idol worship, Lin Lin’s life was full of constant fear until the day she walked into St Andrew’s Church and decided to embrace the freedom of following Jesus. Convicted of her sin, she asked the minister of the Mandarin service, Sok Han, to cleanse her home of idols.

“As we went to cleanse the idols, she asked me if I was scared or afraid,” said Sok Han. “My reply was, ‘Jesus is the living, great and awesome God. All heaven and earth is in his hand.’”

However, Lin Lin was afraid. Her beliefs surrounding the idols included a fear that if they were abandoned then it would cause her trouble.

“She even asked if [destroying the idols] would do some harm to her,” said Sok Han.

Once at Lin Lin’s house, Sok Han and three other congregation members read the Bible and sang songs with her about the blood of Christ and the power and sovereignty of the cross.

“We prayed and we asked Lin Lin if she was willing to let go of all these idols,” explained Sok Han. “She said yes and we prayed and laid newspapers on the floor. We put the idols and statues on the newspaper, wrapped them, put them in the bag and smashed it.”

They removed two garbage bags full of idols and banners from Lin Lin’s house, including many which she had forgotten about.

“She didn’t actually notice they were there,” said Sok Han. “I had to ask ‘are they here and there?’ because she’d forgotten.”

Almost every room of the house was cleansed of the idols, representing every aspect of Lin Lin’s life that was under their control.

“She has prayed to these idols for years. She asked for peace, for security, for protection but she didn’t find all this. She looked for good health but she didn’t seem to have good health,” said Sok Han. “She realised that this is not a living god. Only Jesus is the true and living God.”

A new life of peace without fear

Compared to Buddhism which teaches reincarnation based on a merit system (karma), Lin Lin’s new faith is founded on the incomparable freedom of eternal life through Christ.

“Anytime she mentions that Jesus died for her, she is overwhelmed. Her eyes fill with tears – she truly experiences the sacrificial love of Christ,” said Sok Han.

“She had never heard of Jesus until she came to Hong Kong,” she added. “She has a Christian boss who often shared the Christian faith with her. She had been through a tough time and this boss showed compassion, empathy and Christian love. It paved the way and sowed the good seeds for Christian faith.”

Those seeds came to fruition in early February 2017 after Lin Lin heard the message at St Andrew’s about loving Jesus and responding to his sacrificial love of dying on the cross.

“She decided that this is a Jesus that she wants to love and commit her life to. With the Christian faith, she found the peace from Jesus,” said Sok Han.

Life as the only earner in the family is not easy for Lin Lin. Work commitments mean that she cannot attend church on a Sunday anymore – however, this has not diminished her joy, according to Sok Han.

“She says, ‘I am going to share my faith with my colleagues. It’s such a joy to become a Christian and joined into the bigger family in Christ.’”

As well as her seven-year-old son, Lin Lin lives with her father who came over from mainland China to help care for his grandson. Her father does not have a belief system, but in mid-March he began sending Lin Lin’s son to the St Andrew’s Sunday school. Sok Han hopes that he will be reached through his grandson and witnessing his daughter’s growing faith. For now, Lin Lin’s dramatic turnaround is one to praise God for.

“She made a comment which is very encouraging,” said Sok Han. “She said, ‘If I had known Jesus earlier, I wouldn’t have lived under the fear of the idols. There is so much freedom in Jesus. It is inexpressible.’”

Please pray for Lin Lin as she attends a new believers’ class, meets regularly with Sok Han and joins a weekly cell group to help grow her relationship with Jesus. Pray also that other people in Hong Kong would turn away from their idols to the true, living God.