The African Church and CMS: A Dynamic Relationship 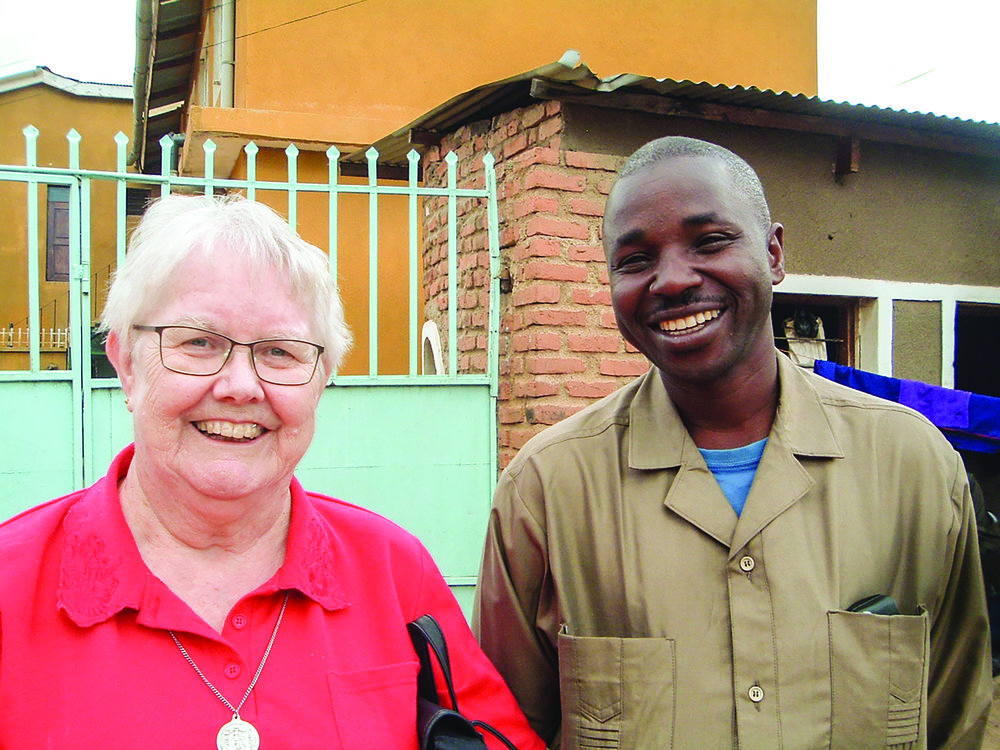 Pastor Joshua Mkoga, whom Colin and Wendy Reed (pictured) taught at Amani Theological College in Iringa, where they worked from 1999 to 2007.

CMS Australia has played a role in Africa for 125 years. During that time the African Church has grown and changed in astounding ways. Colin Reed* examines the role of Australian missionaries in this evolving landscape.

Many CMS supporters may be familiar with the fact that in 1927, CMS in Australia took responsibility for the tiny Anglican Church in northern Tanganyika (as ‘German East Africa’ was then called), with its two African clergy, five missionary clergy and their wives, and eight single women missionaries. In the following five years, 40 missionaries went to Tanganyika. It became one of CMS Australia’s chief areas of activity for around the next 50 years.

While Tanganyika predominated, the breadth of CMS Australia’s work in Africa also covered Kenya, Uganda and Sudan (extending to the Congo in the mid-1980s). As the Church grew and the number of institutions expanded, CMS found itself running a wide network. Much like a traditional African stool with three or four legs carved from one piece of wood, likewise CMS mission had four elements: 1. evangelism and church planting; 2. training pastors and evangelists; 3. education; 4. health care. Perhaps the greatest flaw in the approach of missionaries during the colonial era was the tendency to be influenced by the assumption of Western superiority, and the belief that Europeans should be in control.

From the 1930s onwards a great spiritual awakening took place, spreading from Rwanda across East Africa (generally known as the East African Revival). This was an African movement, led by Africans and reflecting African culture, while holding on to biblical truths. The Holy Spirit brought repentance, changed lives, and gave joy in the Lord. Some missionaries wholeheartedly entered into this revival, while others watched it with reserve. The revival, as an African-led movement, helped prepare the Church for the next era: independence.

Political independence came to Sudan in 1956, Tanganyika in 1961, Uganda in 1962, and Kenya in 1963. Independence came to the Church too, as CMS handed over control to local Anglican churches. In 1955 the first African bishops were consecrated – one from Tanzania, two from Kenya, one from Uganda and one from the Sudan. New dioceses were formed under African bishops. There was a new dynamic as missionaries now worked under the authority and pastoral care of African church leaders. Consequently, missionaries now faced the challenge of working out the role they played in this new era. Some felt that missionaries had done their work and there was no future for them. Yet, here we are more than 50 years later, still supporting missionaries in Africa and praying that God will send more people to serve in Africa. Why?

In the 1980s, CMS Australia’s policy changed. Instead of defining areas of work by country, emphasis was placed on the type of work the missionary would do. Under the current CMS Vision (Towards 2020), our focus is on strategically reaching gospel-poor peoples, equipping Christian leaders and engaging churches in cross-cultural mission. So, the boundaries of our mission work in Africa (and in other regions) have broadened. We have sent missionaries to Ethiopia, South Africa, Nigeria, Rwanda and Namibia, in addition to the more ‘traditional’ countries where CMS Australia has worked in Africa.

While the emphasis of our mission work has usually been to work in partnership with African churches that share a common vision with CMS, this partnership must be two-way. In the past, the danger has been to think we were the ‘givers’ and they were the ‘receivers’. However, missionaries personally learn much from their African colleagues, and the Church in the West can learn much from African Christianity.

In one lifetime, the population in eastern Africa has quadrupled. Such massive growth has created many needs in society. Globalisation in Africa has led to a hunger for education and development, and a proliferation of high schools and universities. There is an ongoing need for adequate health care. To God’s praise and glory, the Church has also seen great growth, so there is an urgent need to continue training church leaders. All this presents great opportunities for humble servants of the gospel. And of course, it also presents a continued need for the partnership of our CMS supporters as they pray, care, give and go.

Pray that as the African Church grows, CMS will help to raise up and support local church leaders. Pray also for more missionaries who are willing to serve alongside, and learn from, the African Church as humble servants of gospel.

* Colin Reed grew up in Africa. He has served with CMS as a missionary in Tanzania (along with his wife Wendy), on staff of the NSW & ACT Branch, and as Principal of St Andrew’s Hall. Over many years, Colin has studied and written on the history of the Church in East Africa.