Bringing the little children to Jesus in Tanzania 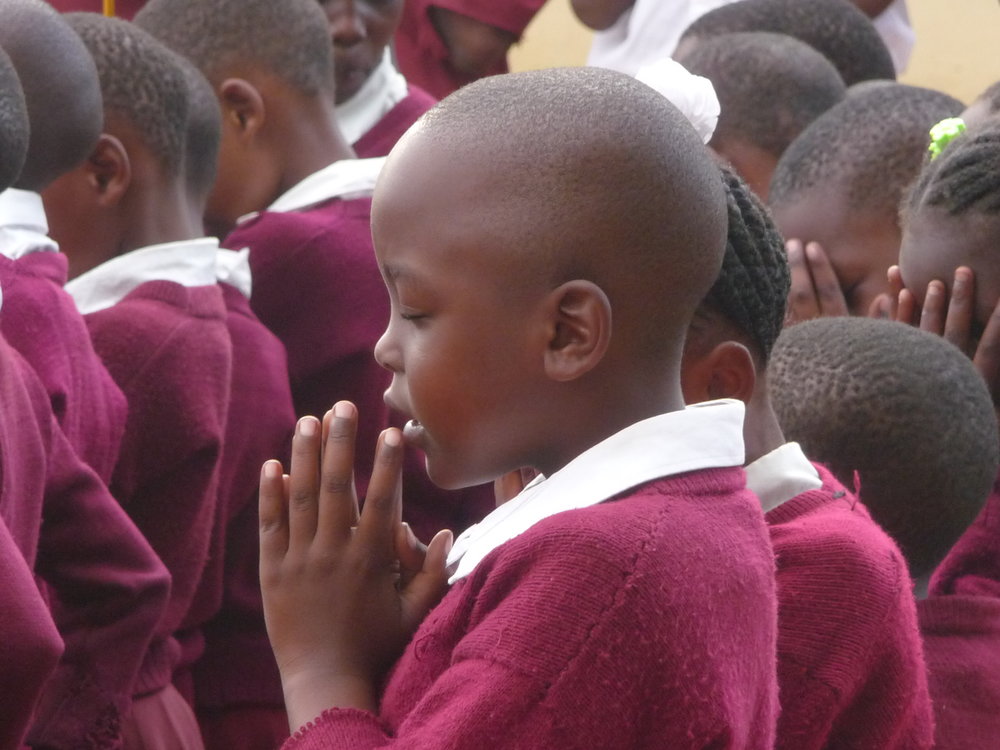 Young people make up over half of the population of Tanzania. CMS missionary, Glen Turner, is taking every opportunity to teach the Bible to Tanzanian school children, so they can pass on the gospel faithfully to the next generation. Story by Rebecca Abbott.

Over 50 children are crammed into one classroom. It’s hot. There is no electricity or air conditioning. The floor is bare concrete. There is no smartboard; not even a whiteboard. Instead, a makeshift blackboard is painted onto the wall.

Yet in Musoma, Tanzania, this is one of the best schools in the area. And despite the lack of resources, Mara Anglican Primary School is thriving. Good academic results make this school highly sought after, and it now has 450 students. Achievement at primary school here is crucial, as students are unable to go on to high school if they fail. The drive for education is further fuelled by Tanzania’s high youth unemployment rate.

CMS missionary, Glen Turner, is one of the longest-serving staff members at Mara Anglican Primary, despite the fact that he is the only non-Tanzanian at the school. Glen has taught Christian Studies and other subjects here for the past seven years, while his wife Dominique homeschools and cares for their three children, Judah (8), Ezrah (5) and Hosea (2). The family are also involved in ministry in their local village church.

Teaching the gospel at school

Through teaching Christian Studies, Glen has crucial opportunities to share the Bible with young Tanzanians. He explains: “Christian Studies has always been part of the curriculum at our school, but most teachers don’t feel equipped to teach it.” There is no existing syllabus for the subject, which has allowed Glen freedom in what he teaches.

This freedom, combined with Tanzania’s culture of religious tolerance, is particularly significant as Muslims make up over 30 per cent of the population in Tanzania, and about 15–20 per cent of the school community. However, Christian teaching in schools is still vital even for those children who attend church, as local churches often don’t have a Sunday school or youth group.

Glen is using the opportunity to teach students about the true gospel of grace, and to combat some of the incorrect teaching they have received. “Among young people in Tanzania, Christianity is often seen as a bunch of facts and rules and if you don’t follow them, then God can’t love you,” says Glen.

In addition to this ‘moralistic’ faith, Glen also notes the massive influence of the prosperity gospel, as well as nominalism and secularism, which have shaped the views of Tanzanian youth. “Christianity is often viewed as a ‘Sunday thing’ that doesn’t impact the rest of life,” he says.

“Teaching Christian Studies is a great opportunity to speak into young people’s lives a different message to what they may hear at church on Sunday or in the community … The key thing I want to teach them is that Christianity is about a relationship with God, through Jesus … It’s not something we do in our own effort by following the rules and trying to do the right thing.”

In helping students to build a relationship with Jesus, Glen has taught them to pray confidently and with freedom, and encouraged students to read the Bible for themselves. Two students in particular, John and Issa, have become interested in what it means to be a Christian and have asked to borrow Bibles to read at home. Issa has even read some of the gospels with his mother, who is a Muslim. Glen has been able to disciple John and Issa as he answers their questions about what it means to follow Jesus.

“Having taught these kids Christian Studies for two years, we have a relationship where it’s a back and forth dialogue … They are even at the stage now where they can critique what they hear at church and what they hear from family, and realise that it’s not what they have read in the Bible,” he says.

While it’s often hard to see the impact of this teaching beyond the school years, Glen notes that several students have remained Christians. “It was recently a great privilege to have some past students come back to visit the school. They are now in university and are very impressive young people. They are studying medicine, law, engineering and teaching. They are also Christians, who are keen to see change in their society. They give a lot of hope to the future of Tanzania.”

Partnering with the Tanzanian Church

In seeking to raise up future Christian leaders in Tanzania, Glen points out that CMS is working in close collaboration with the local church, in a relationship of mutual support. “We both care about the future of the Church. There is a saying in Swahili, ‘bega kwa bega’, which means, ‘shoulder to shoulder’ … We are working together, in partnership, to bring young people into a real relationship with Jesus and to build a strong foundation in their lives, in the African Church and in God’s kingdom.”

Pray that God would use the seeds that are sown through Christian Studies to help students understand the gospel of grace, and to bring them into a saving relationship with him.