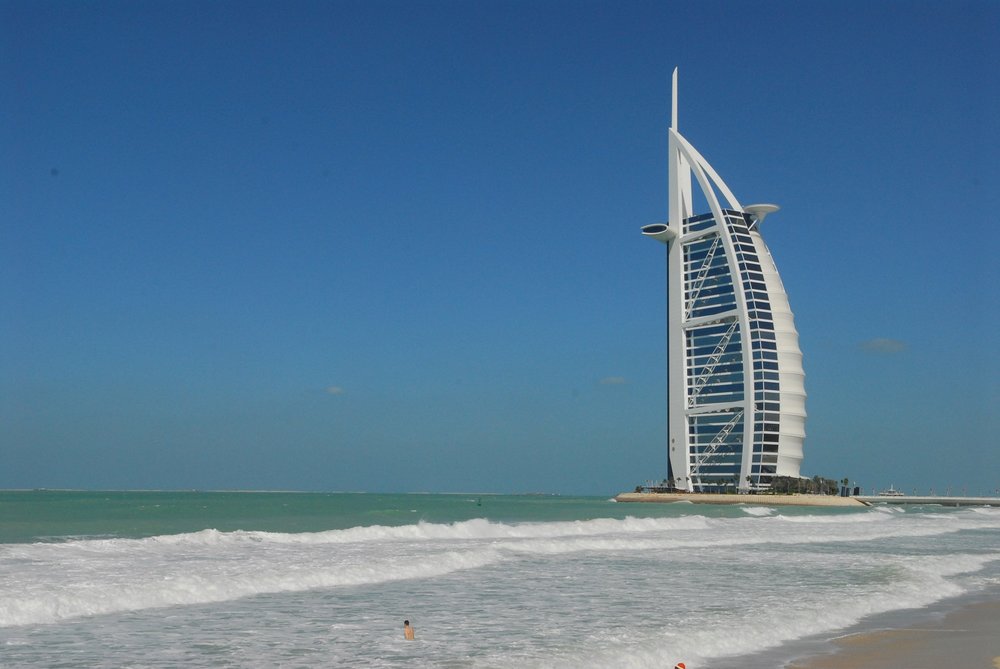 ‘Wasta’ is a word often heard in the Middle East. It translates as something like ‘authority’, ‘influence’, ‘political power’, ‘connections’, or a combination of those terms. You can have wasta or someone can use their wasta for you. If you have access to wasta, all sorts of impossible things suddenly become possible …

It was a Monday morning in late August 2016, when Sanna walked up the stairs with a huge smile on her face and a spring in her step. The rest of our team were feeling rather resigned, having just decided we had to put off the start date for our new church plant.

Over the past eight years, God has grown the church in our city from 35 adults to over 2,500 people, meeting each Friday to learn more about God’s word. Dubai is a magnet for itinerant workers from across the globe, making it fertile ground for sharing the gospel with people who would otherwise remain unreached. We have had the opportunity to share the gospel with people from all sorts of backgrounds, and our ministry is much like university outreach for adults. Our approach has been simple and consistent: welcome people and help them to discover Jesus.

The growth that God has brought has been overwhelming. We started meeting in a congregation member’s home, then moved to a local school hall. When we ran out of room, we rented conference facilities in a local hotel. Soon we moved to a larger hotel and ran two meetings, then three.

Yet again we ran out of room and were regularly turning people away, asking them to come to later meetings. We realised that in order to reach more of our city, we needed a second location.

Over the previous few months we had tried everything to find a new hotel to meet in, as well as to secure the required permissions to start, and prepare our teams to launch the new church plant. We had an ideal hotel in a perfect location, and our teams of ministry volunteers were raring and ready to go. However, seven days earlier we’d received the bad news that because of changes in the government systems, we weren’t able to get permission for months.

But that Monday morning saw Sanna in a government office on an unrelated errand. She happened to bump into a senior official whom she’d met earlier at a dinner she had organised. She had some wasta with him! They exchanged small talk and in the midst of it, he asked if he could help her with anything. She explained our difficulties. He made a few phone calls and within minutes our permissions had been granted.

We knew this was God’s doing and were very thankful that he had heard, and answered, our prayers. He had removed all the government hurdles to our church plant starting. We were overjoyed.

It was the next day when the penny dropped that our CMS family had been praying for us just the day before. On Sunday we’d asked our CMS family to pray about our second site and that God would make it possible. He did!

God brings his work to fruition

Our joy was real, we knew that God had removed that obstacle, but it was short-lived. Two days later we received news that the hotel required a letter from the government, saying they had no objection to a church meeting there. The hotel was unmoving, as was the government. They wouldn’t write the letter because it was not required. We had a classic catch-22 situation and no one was budging.

To say that our hearts sank was an understatement. We’d been praying for months, asking God to use his power to fulfil our desire to see more and more people hear about Jesus and come to faith in him. Everything we’d done had been driven by the desire he’d given us to reach the lost, and now, at the last hurdle, we had been stopped.

This sent us to our knees again. We felt completely helpless. We had wasta with God but had no idea how he would make it possible for us to move forward. We prayed in quiet dependence on him to act in a way that would bring him glory.

A few nights later I was at a meeting at a friend’s house. As we were chatting, I explained our “catch 22”. My friend piped up and said, “I was just on the phone with the chairman of the group who owns the hotel. I speak with him most days. Would you like me to chat with him about your situation?”

God had heard our prayers and acted in a way we could never have predicted. Within a few days, calls had been made, permissions given and we held our first Friday in our new church home on 23 September 2016.

That’s wasta. That’s God using his wasta to bring about his plans and purposes through the faithful prayers of his people.

W & C are praying that God will provide more workers to teach the Bible and disciple new believers in their church in Dubai. Could God be calling you to this invaluable ministry? For more information, contact your local CMS branch or visit cms.org.au/go.