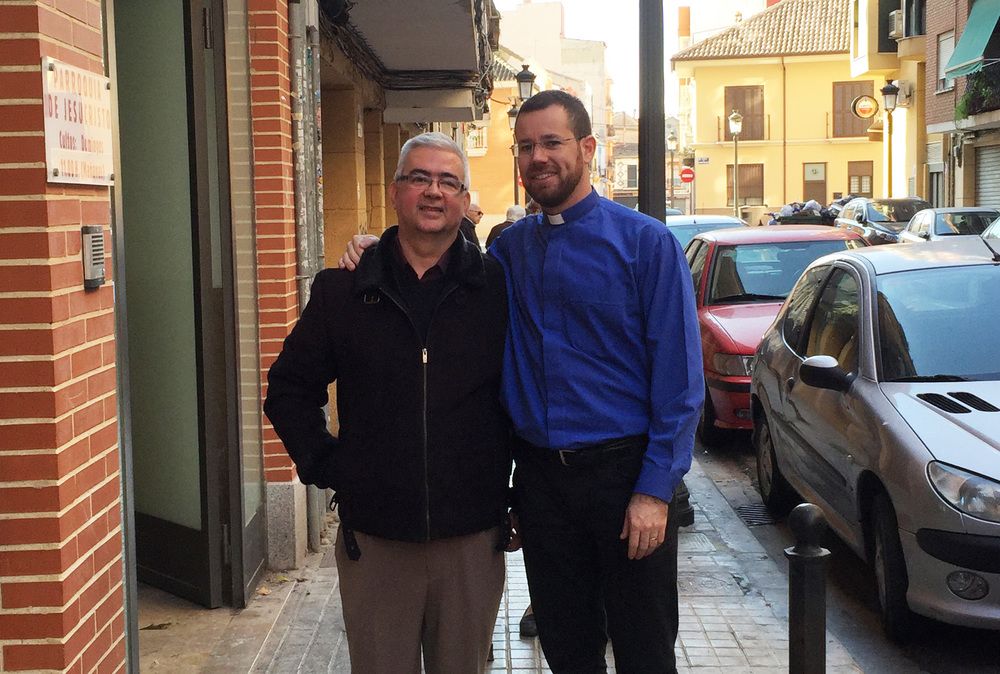 Alberto was a Roman Catholic, like most of the population in Valencia, Spain. Then one day he stepped into the church where CMS missionary John Lovell (serving with Jodi) is Minister. John tells how Alberto discovered a personal relationship with Christ.

When Alberto met Ryan, an Aussie visiting Valencia, he offered to show him around. As they wandered through the city, and through the near-empty cathedral, the conversation turned to religion.

Alberto told Ryan that he had grown up as a Roman Catholic. While he still believed that God was out there somewhere, he no longer attended church. Ryan, a committed Christian, encouraged him to find a Bible-based evangelical church in Valencia, assuming that there would surely be one somewhere in the city. After Ryan left, Alberto considered what he had said, but didn’t immediately take his advice.

A few weeks later as Alberto walked home, he looked up and noticed a sign with a cross on it and the words, ‘Anglican Communion’ (Comunión Anglicana). It was an Anglican church, just a short walk from his home. He noticed that services were at 11am on Sundays, and he decided he would go.

When Alberto arrived at church the next Sunday, he was greeted and welcomed by the Minister, CMS missionary John Lovell (whom he soon discovered was also Australian!). He then met Mike and Tania Snowdon, who work alongside the Lovells (and are also CMS missionaries and … Australians!).

Alberto took the opportunity to speak with John after the church service and shared some of his past experiences and personal struggles. This was the beginning of a healing process for Alberto.

He joined a Bible study group and also began meeting one-to-one with John. Over several months Alberto learnt more about Christian beliefs. He came to realise that the religious statues and images in his home did not bring him closer to God, and that he could talk to God and read the Bible directly, without images or intercessors.

After 18 months, Alberto publicly declared his faith in Jesus and was confirmed. At his confirmation service he said, “In addition to important truths, I have learned how to grow as a Christian and what it means to follow Jesus and have a personal relationship with him.”

His Christian faith provided Alberto with a whole new framework for understanding his past, and he now knows he is loved by God who freely forgives him in Christ. Alberto has also been powerfully affected by the way in which he has been welcomed, encouraged and loved at church. He is now praying that his wife – who still identifies as a Roman Catholic – will grow in her understanding of Jesus and become part of their church family.

“It has been a very important experience for me to be integrated into the church and share with people from different cultures,” Alberto said. “I am thankful for our fellowship and care for one another and the way John and other leaders have guided me.”