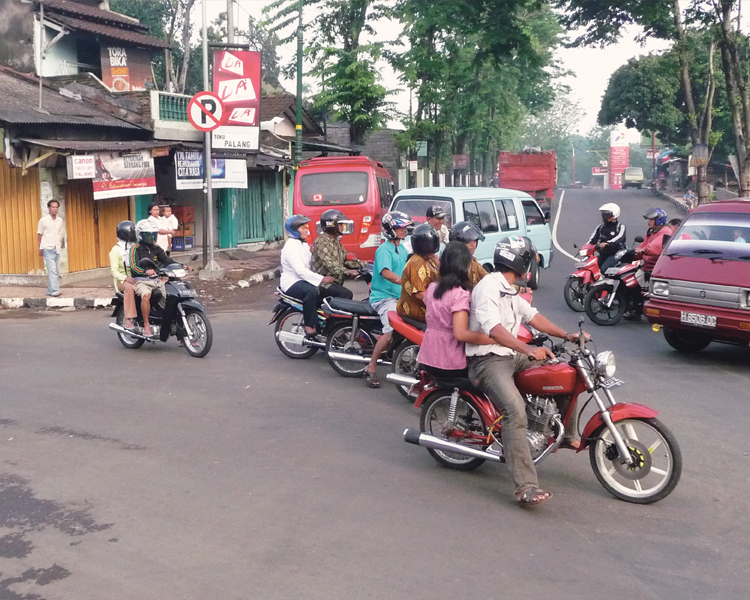 D and A served as CMS missionaries in Indonesia for seven years. After recently returning to Australia, D reflects on words that sustained him during the tough times.

At times when things were hard for us in Indonesia, both of these comments were made by friends and family. But actually the statement that meant the most to me then was, “I’ll love you anyway”. Why? Because there are times when I have felt such little confidence that I could “do it”. When you’re really not sure that you’ll get through a dark time, the assurance of continued love and commitment is unbelievably powerful and comforting.

In the Bible we are assured that God will equip and empower his children. However, while I believe I am saved by the Lord’s work, I have often acted as though I remain there by my own effort. Living like this greatly devalues what Christ did on the cross and what he continues to do, interceding for us at the Father’s side. In reality, my relationship with God, now and forever, is only assured on the basis of Jesus’ work, not mine.

How does this affect others?

It is one thing to have a faulty view of ourselves and our relationship with God, but do such beliefs have an impact on others?

If we believe it is our performance that really matters, what impact does that have on those around us? Do we give the impression to our friends, colleagues, children or others that our friendship or commitment to them is conditional, based on their performance? If we live like that we’re not really living the way Christ calls us to.

How do we battle?

As Christians we need to be aware of our motives. Are we trying to fight against sin and the struggles in the world using our own strength, rather than God’s? The most famous Bible verse in the world is John 3:16, however we often overlook John 3:17: “For God did not send his Son into the world to condemn the world, but to save the world through him.” Our Lord didn’t say, “I know you can do it”. Instead he said, “I’ll love you anyway”. In fact, he loved us so much that died for us! Whether I “succeed” or “fail”, I know that Christ has saved me and will continue to sustain me. I hold on to this truth tightly because it reminds me of the one who’s holding on to me.