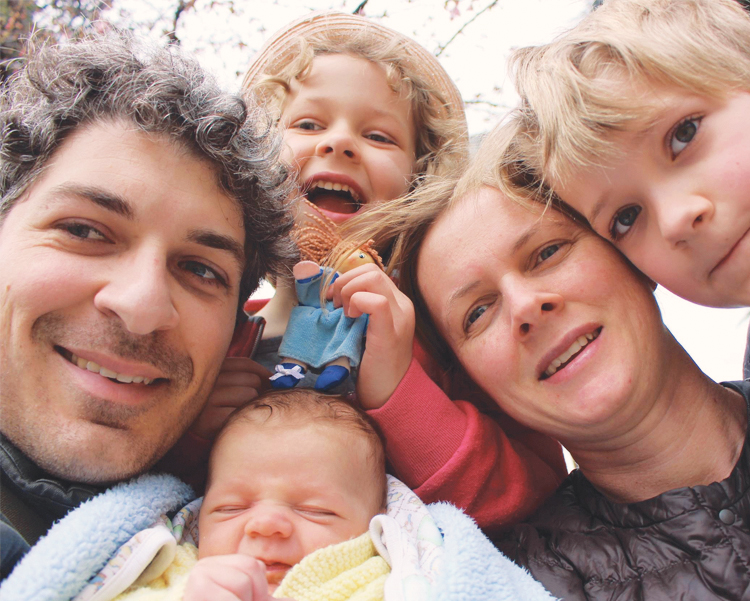 Since becoming a CMS missionary in 2014, Helane Ramsay has felt God walking beside her every step of the way. Now serving in Japan, she argues that you don’t need to ‘hear a voice’ calling to be a missionary, you just need to trust in God rather than in your own strength.

I’m not sure what missionaries you know and what wild stories they’ve told. The fact is my Christian life has been a really normal one.

I grew up in a Christian family and I’ve always been part of the local church. As a kid, my parents read to me exciting missionary stories like the ‘Jungle Doctor’, and we always heard from missionaries at church. My grandma was also an avid supporter of missionaries.

Through my church’s youth ministry I was discipled by a girl named Jo. Probably the most important thing Jo did for me was to connect me with the Christian group on campus at the Queensland University of Technology, QUT Christians.

It was at this group that God showed me his direction for my life. Sitting in Bible study I looked down at the footnotes and realised that a word I was puzzling about could mean one thing, or it could mean exactly the opposite. I asked how that could be and a staff worker wisely said, “To work that out you’d have to go to Bible college.” I knew right then that it was something I had to do.

During my first year of uni I attended a QUT Christians camp and heard a talk by Paul and Debbie Howells, missionaries with New Tribes Mission in The Philippines. They spoke about seeing villages transformed by Jesus, being miraculously delivered from angry mobs and being used by God in ways they never could have imagined. I was inspired.

I prayed that day, “Lord, I want to be a missionary, but I don’t want to do it by myself!” God assured me that whether I was with a family or with a team, he would be there and I wouldn’t be alone. I was a first year Bachelor of Music student with no idea how God could use me overseas. I just knew there was nothing more important I could do with my life.

A vision for mission

While still at uni I became interested in a student with curly dark hair and good manners (the man who I later married, Adam). Early in our relationship we went to a missions conference called International Outlook and tentatively settled on Central Asia as our future destination.

We got married, popped out two kids, and Adam completed a ministry traineeship. I n 2008 our church hosted two separate missionary Families who were working in Japan. Adam was really struck by the need for the gospel in Japan and came home saying, “We really need to think about Japan .” However, at that time I thought Japan was ‘too easy’ and not dangerous enough.

We went to Bible college and moved to Helensvale Presbyterian Church, where John Eva ns was the minister. After working together for five months, John and his Family said, “Sayonara, we’re going to Japan. You should think about it too.”

When Adam was finishing up at Bible college we applied to CMS to join John and his wife, Rose, in their church plant in Chiba City, Japan. This process ended up taking 18 months and pushed us to serve God in more and more ways. We learnt to persevere and to trust in the ways that God had gifted us.

A new identity in Christ

Just before we left for training with CMS in Melbourne, we received some difficult news. I went for a walk to try to process it, to calm down and spend time with God. I felt alone, like nobody could possibly understand what I was going through. Then a song came to me that we’d sung earlier that day, with the words, “We’re not alone, for Christ is here.” God was with me, just like he’d promised all those years ago.

Since leaving the Gold Coast in July 2014 to begin training with CMS, Jesus has been continually teaching me to trust and rely on him, rather than trusting and relying on myself. Leaving home has meant not only leaving a place but also leaving relationships, work and ministry, which all formed part of my identity. Moving away from all that has meant learning that my identity is in Jesus and serving him, whatever that looks like.

As I look into the future, I see the huge challenge of living as a wife, mother and language-learner in a new culture, and I am daunted by the task. But as I look back and see everything God has done in my life so far, I realise it has all been God’s work, not mine.