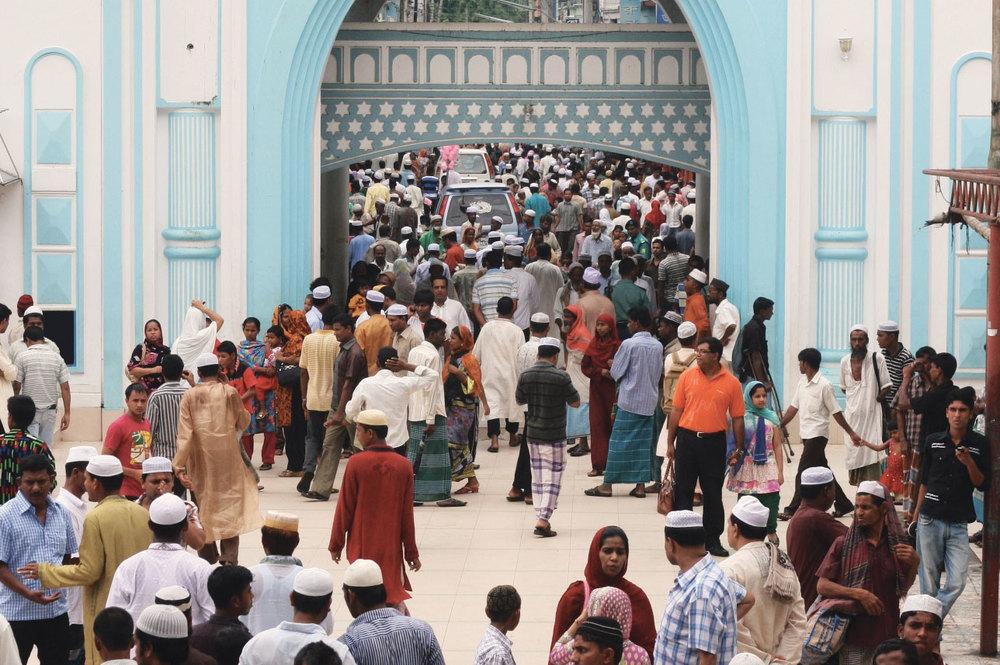 Dr Richard Shumack is the Director of the Centre for the Study of Islam and Other Faiths at Melbourne School of Theology, and has been involved in work with Muslims for almost two decades. A CMS member and short-term missionary, Richard reflects on the challenges and opportunities that are part of sharing about Jesus with Muslim people today.

A story of two brothers

In almost 20 years of ministry with Muslims I have only received one personal death threat, and it was from one of the nicest Muslims I have met! Here’s how it happened.

I had been speaking about Jesus for a while with a young Muslim man. He didn’t take his Muslim faith very seriously. Indeed he would have called himself a ‘bad’ Muslim and he lived a life that contravened Muslim law. Nevertheless he still believed in God and because he had some health issues that worried him he was happy to consider Jesus could help him.

On one occasion, I went to visit him in his home, where I met his older brother. The older brother was an honest, gentle young man who was very passionate about his faith and fervent in his longing for justice in the world – especially for his suffering Muslim brothers and sisters. Based on his reading of the Qur’an and Muslim tradition, he was fully, if reluctantly, prepared to use force to achieve this justice where necessary if he believed Allah was calling him to it.

When he discovered that I had been talking about Jesus with his younger brother, he gently and compassionately warned me that I’d better stop. Why? He said that on the very slim chance that his brother converted to Christianity then he would have to kill me! He made it very clear that, since he liked me, he would rather not kill me, but that for the sake of everyone, Islam should be defended at all costs.

This single incident, although rare, highlights the range of beliefs and practices in Islam, and some of the opportunities and challenges in Christian ministry to Muslim people.

The older brother displayed the passionate faith of a minority of Muslims in his deep longing to be both personally righteous and right with God, and could only express this longing through strict obedience to Sharia law. While we see this style of Islam most extremely in the case of Islamic State, the strict faith held by the older brother is a minority position, in both his family and his wider community. He was the ‘religious’ one – a point of both public pride and private eye rolling.

On the other hand, the younger brother represented what in my experience is the majority position among followers of Islam today: that while the Sharia might be theologically true, it is experientially burdensome, unrealistic and unsatisfying. The majority identify as Muslim, sometimes very strongly, but that is more often because their community is called ‘Muslim’. Beyond the basics of prayer, Ramadan, and giving, their personal beliefs often bear very little relation to traditional orthodoxy. Unsurprisingly they have no interest in political Islam – indeed many are running away from it towards a more experientially satisfying vision of human flourishing.

My interaction with both brothers revealed the unique and extraordinary opportunities and challenges associated with sharing Jesus with Muslim people.

Most Muslims are happy to speak about God and their experience of faith – perhaps even happier than many Christians! They are typically theists who believe in a God who creates, sustains and judges with mercy and righteousness. They are also conscious of life after death and are willing to take a public stand on issues of social justice and community morality. In light of these opportunities, mission organisations like CMS continue to place workers in contexts where they are building relationships with Muslims and seeking to share the hope of knowing Christ.

Of course risks and challenges remain. A small percentage of Islamists pressure their Muslim brothers and sisters to reject Christ, and sometimes this becomes forceful. Threats are rare but real – as I myself experienced. But as Christians called to make disciples of all nations, we need to renounce fear – embracing the grace and boldness of Christ, and loving even those that may consider us enemies.

In many ways, my story of the two brothers reminded me of Jesus’ own story of two brothers in Luke 15. Like in Luke, one of the brothers was an obedient legalist with a strong sense of religious duty and the other was a disobedient rebel. Also like the brothers in the parable, neither of the brothers knew just how much their heavenly Father loves them. One tried to impress God with faithful obedience and law enforcement; the other languished in brokenness with the desperate, but unrealistic, hope that redemption might be possible.

The most urgent need of both brothers was to know their heavenly Father who loved them so much that he came to earth in Christ to offer them the satisfying life and the beautiful world they had been seeking.

CMS has been committed to long-term ministry among all kinds of Muslim people throughout the world for many years, and that’s one of the reasons why I’m on board. As part of the fellowship of CMS, would you pray with me that people like both of the brothers in my story would discover the truth that God loved them so much that he sent Jesus into the world, that they might believe in him and truly find life.

Pray that through the Holy Spirit, God the Father would reveal his unending love in sending Jesus to many Muslim people, and that they would trust him for salvation. Pray also that God would work powerfully through CMS missionaries involved in ministry to Muslims.