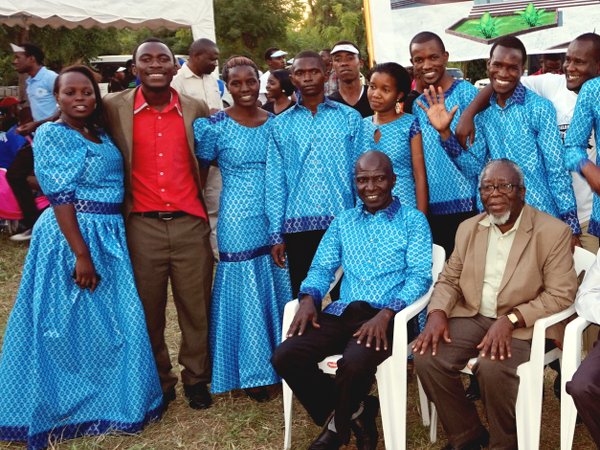 Arthur and Tamie Davis (with Elliot) have been serving in Dodoma, working at St John’s University of Tanzania. At SJUT, Arthur and Tamie partnered with student leaders in the Christian group to pursue unity in Christ and a faith that shapes life far beyond university. Now, Arthur and Tamie are preparing to move to Dar es Salaam to take up a role with TAFES, the Tanzanian Christian student movement, which will allow them to work with students across many different campuses. They share more about their decision here.

In 2013, not long after we finished classes with our Swahili tutor, we took a trip to Dar es Salaam to connect more with TAFES. We met with the longest serving staff member and some student leaders, and when we flagged our interest in working with TAFES in the future, the staff member asked noncommittally, ‘Well, what can you offer?’

That may not sound like a warm reception to you, but for us it was wonderful! In a country where white people are often given an unconditional invitation to ‘come and help us’, this was indicative of TAFES’ strong national character. They were not looking for Western experts to come and fix things. Any role with TAFES would be as brothers and sisters from another part of the IFES family, playing our part.

So where do we fit in with TAFES? During that conversation in 2013, the TAFES people became enthusiastic when they found out that we both had MDivs. TAFES has a strong conviction that the Bible is vital to formation and leadership development, and of course that’s dear to our hearts as well – one of the things we love about TAFES is its heart and impulse unique to campus ministries in Tanzania. As a result, they have a Bible and theology program called BEST-P, and a desire to see mentoring happen. However, TAFES people also feel they have lacked the input with which to develop and implement these initiatives as fully as they would like. That’s where we come in.

We have been consistently impressed with the spiritual maturity of the TAFES staff and the associates. There are quality people around who are investing in university students. This means we are not needed to work on campus, however there is a place for us to join the team that trains those who do. By working at this national level rather than in just one university or town, we have the chance strengthen TAFES’ own vision and identity. We hope you can see how strategic this is, and we’re feeling very excited!