The gospel is for everyone 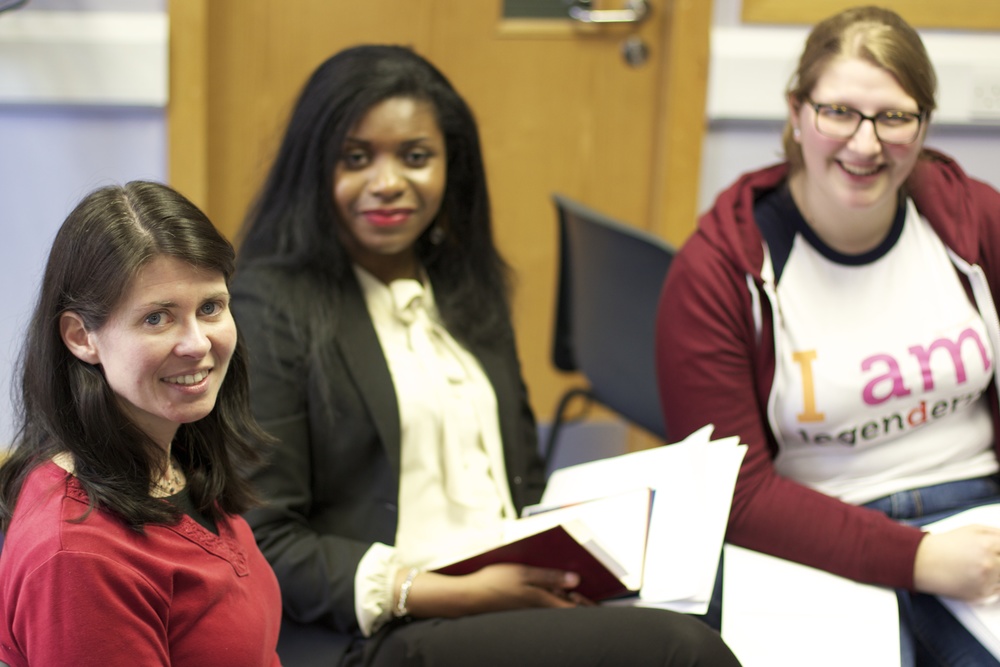 How do we see the impact of student ministry in Ireland? CMS missionary Catherine Read, who is serving with IFES Ireland, writes about a student who has been shaped powerfully as a Christian through student university ministry.

“The gospel is for everyone, and God can use anyone, including me,” smiled Ellie as she explained what God has been teaching her these past few years.

Having grown up in a Christian home in the USA, Ellie committed her life to Christ at age 17. After school she moved to Ireland to serve with a youth drop-in centre, before applying to study music and anthropology at Maynooth University, where I serve.

After initially not being interested in the student ministry group, the Christian Union (CU), Ellie eventually came along on the invitation of a friend. Little did Ellie know that God would challenge her, humble her, teach her and keep her. The CU has played an important part in Ellie’s Christian life.

Ellie’s story is not an exception. Student ministry groups throughout the world are playing a vital role in bringing young people to salvation, as students reach students for Christ. But they also play an important role in growing young Christians in their belief and trust in Jesus.

Ellie describes her time with CU as being stretched by God. “I have grown in my understanding of God’s word; not just reading it as historical stories, but seeing how it is relevant for today and that I can trust it. I’ve also come to see that the gospel is for everyone – not just the people on the rebellious fringes, but the ordinary people too.”

One such student was Jack, a fairly “ordinary” Irish student, who one day came along to the CU Bible Study. He was really interested, asked lots of questions, began reading the Gospels for himself, and in the past few months has become a Christian. Ellie is excited to witness how Jesus is transforming Jack’s life.

This past year, Ellie served as CU President. She desires that the CU would not shy away from events on campus, but get involved and be bold in presenting an alternate worldview. During the campus KISS week (Keep It Safe and Sexy), CU ran a lunchtime meeting titled “Why God loves Sex”. The Student Union welfare officer came along and remarked how “refreshing” it was to hear a different view of sex. She is keen to come to other CU events.

In February, the CU also ran a free lunch with discussion on “Why God allows suffering”, after the recent remarks of TV personality Stephen Fry on God being an ‘evil, capricious, monstrous maniac’. About 30 people attended including two students who came to ask tricky questions. The speaker responded well to the arguments and the discussion continued amicably. Afterwards these guys said they found it really interesting and want to come to the next event.

Through Christian Unions across the globe, God is not only bringing students to salvation, but also building and strengthening Christian students, like Ellie, to live for Jesus beyond tertiary studies. It has been a great joy to see how God has been growing Ellie in her knowledge of God and assurance of His faithfulness through the CU. As Ellie reflects, “I admit there are challenges every month and every year, but at each point I keep going back to God and His word, reliant and resting in Him”.

Students like Ellie and Jack can be nurtured and reached on campus thanks to your financial and prayer support of CMS student workers. To partner financially with CMS to reach gospel poor peoples around the globe, contact your local branch or visit www.cms.org.au/give.